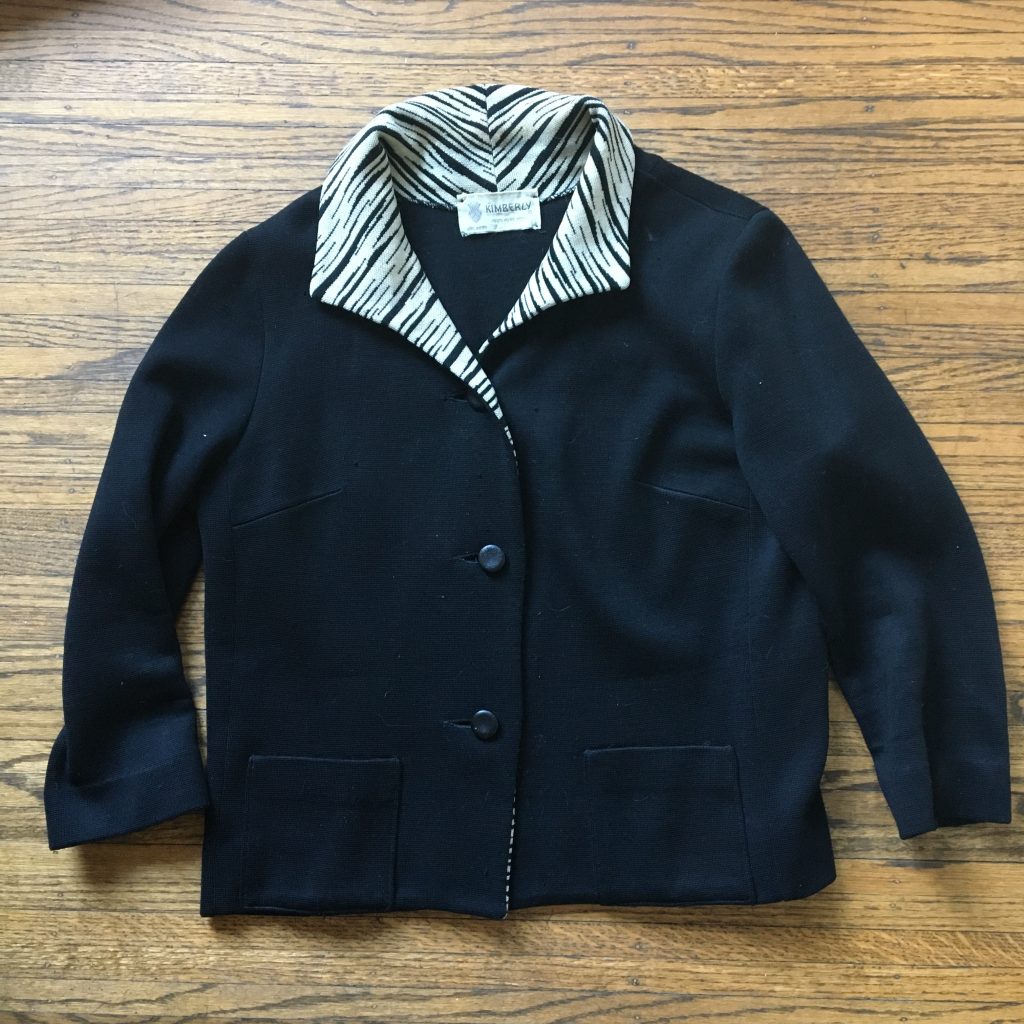 This 1960s Kimberley wool double-knit sweater is an excellent example of my constant closet aesthetic. Purchased on ebay for an absurdly low price (ten dollars or so) in the early 2000s, I have photos of me wearing it in 2010, 2013, 2015, and on it goes. It’s cozy, flattering, and looks fabulous with the vintage Vera scarf I am wearing with it in almost every photo. Seeing myself in an old photo in an outfit that I still wear on a regular basis used to embarrass me, but I’m beginning to see the constancy of my wardrobe as an asset. Clothing wasn’t always disposable. There was “Sunday best” and workaday clothes for the rest of the week, or new clothes and shoes at the beginning of the school year. Fast fashion, frequently made by exploited labor, didn’t exist. My sweater has a union label. As a bonus, I nearly fell out of my chair when I spotted super secretary Joan Holloway wearing a red version of this sweater with matching skirt on an episode of Mad Men. 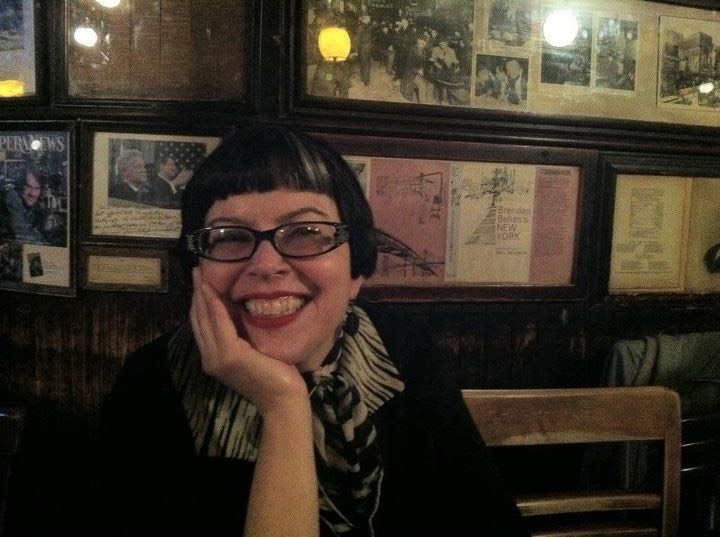