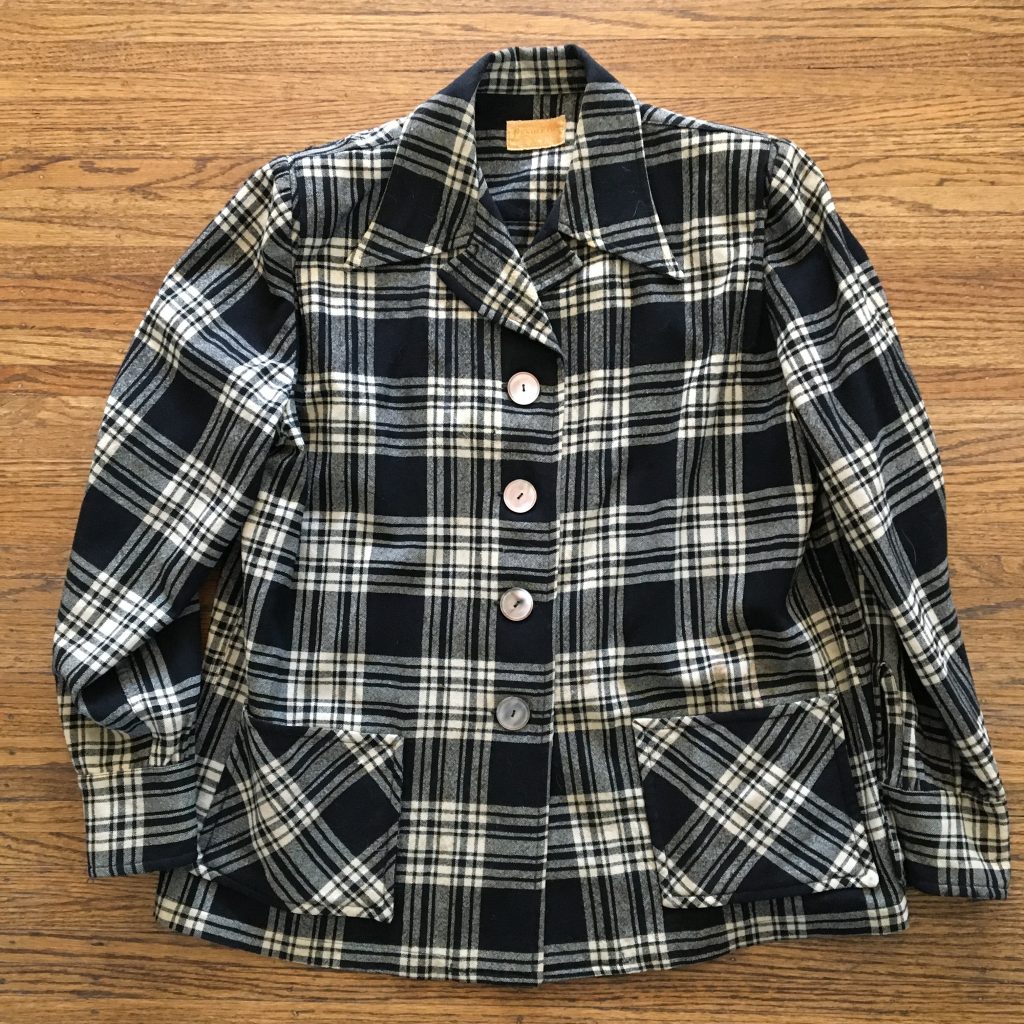 I’m not a clothing hoarder. I have no trouble taking clothes back to the thrift store, selling them at a garage sale, or to a vintage vendor. But some pieces make me feel so good when I wear them, and align so well with the image I want to present to the world, that they have stayed with me for decades. As a result, I have what I call a constant closet: I come across photos of myself from 10, 20, even 30 years ago and see that I am wearing something that I had on yesterday or last week. Consider any one of almost a dozen plaid jackets, most but not all made by the Pendleton Woolen Mills, that I’ve been wearing in rotation since I bought this beauty at the St. Vincent de Paul on Folsom Street in San Francisco in roughly 1987. By 1994, the jackets had become such a wardrobe staple that, according to the first issue of my zine, Mystery Date, I could “generally be found in black leggings and a wool Pendleton.” True to form, I wore the ur Pendelton for a backyard BBQ early in the 21st century [as shown below], though I paired it with denim instead of leggings. I still wear that jacket — and I still wear those jeans too. 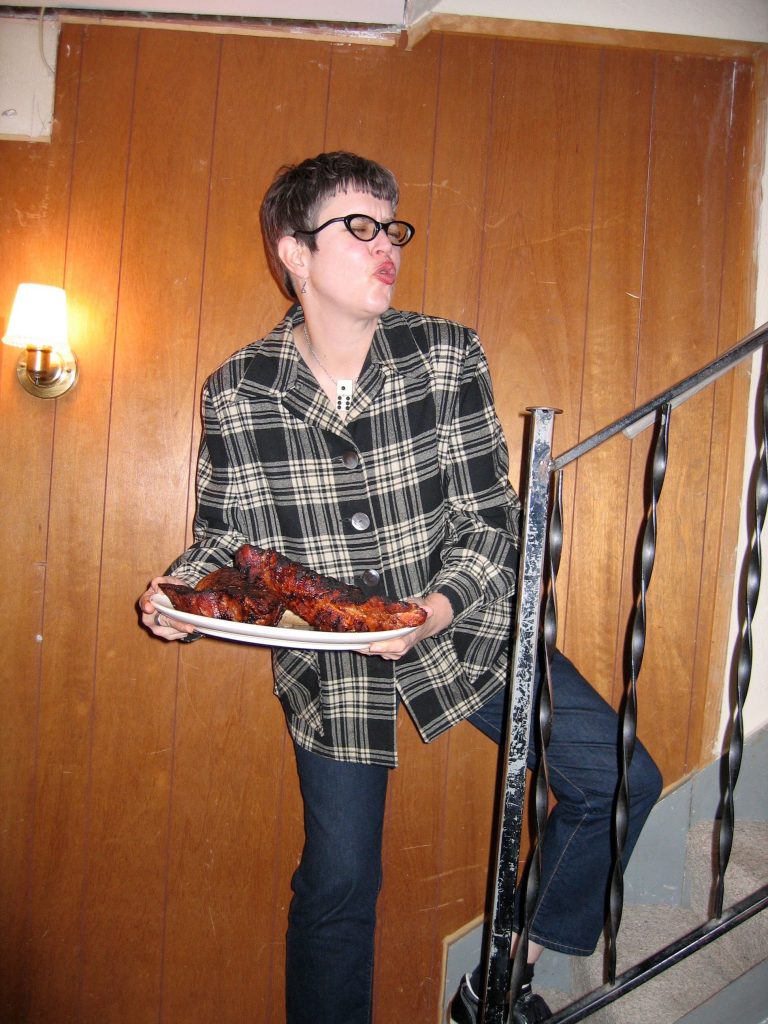