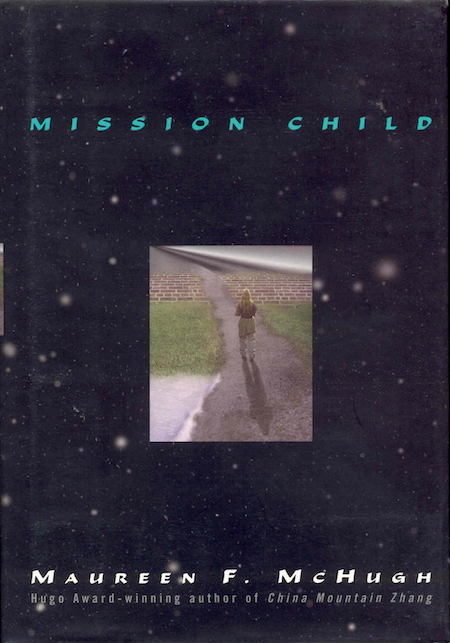 Fourteen-year-old Janna is the descendant of colonists from Earth; when offworlders return to her icy planet, some centuries later, their superior technology disrupts the development of Janna’s semi-primitive civilization… which has forgotten its own history. An episodic coming-of-age tale strongly reminiscent of Ursula K. Le Guin’s The Left Hand of Darkness, Mission Child follows Janna for a couple of decades — as she travels from one culture to another, seeking a place to call home, but for the most part merely seeking to survice. Our protagonist, who is gender-fluid, sometimes living as a man and sometimes as a woman, becomes a refugee when raiders destroy her home village; their decision to “pass” as a man is a question of expedience, at first, but when they are offered the opportunity to develop male characteristics without undergoing surgery, they eagerly accept. Another wrinkle develops when we discover that Janna/Jan’s civilization is an experiment certain technologies have been made taboo, by the powers that be — in sustainability. Even an enlightened galactic civilization’s planet-settling program, it seems, has unintended consequences; the dialectic of enlightenment is at work.

Fun facts: An expansion of McHugh’s “The Cost to Be Wise,” a novella from the 1996 anthology Starlight 1, edited by Patrick Nielsen Hayden.