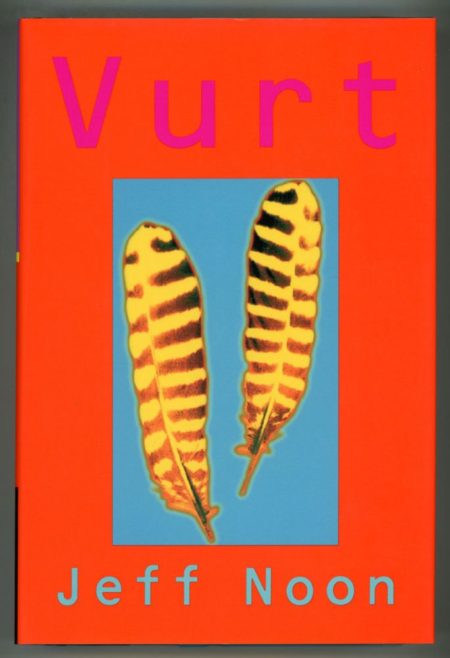 In the anarchic, rain-swept environs of future Manchester, England, nearly everyone is obsessed with “Vurt” — a vast multiplayer virtual reality game/consensual hallucination accessed by sucking on drug-infused colored feathers. (Also: dog-human hybrids have formed a thriving subculture, with their own rock stars; flesh cops and shadowcops pursue those who access illicit versions of vurt; and there’s and there’s a tentacled, multi-orificed, harmless Thing From Outer Space, too.) Vurt, it seems, is in fact a kind of parallel world, or multiverse; you can lose things there, and bring other things back. This is the situation haunting our narrator, Scribble, who’s lost his sister — with whom he is sexually obsessed — somewhere in the game. As he careens around with his friends, the charismatic but unsympathetic Stash Riders, in search of exotic and illicit vurt feathers, Scribble schemes to retrieve Desdemona, somehow, from wherever she may be. (There’s an echo, here, of the Tammuz/Ishtar myth.) In the end, Scribble may have to give up everything he knows and loves in order to succeed in his quest. For better and worse, this is a story very much of its moment: “In science fiction, once a generation there are one or two voices that capture the times the same as bands do,” says Warren Ellis. “In 1993, post-rave, where things were still jumping but they were starting to get a bit dark… Jeff Noon was the sound of post-rave.”