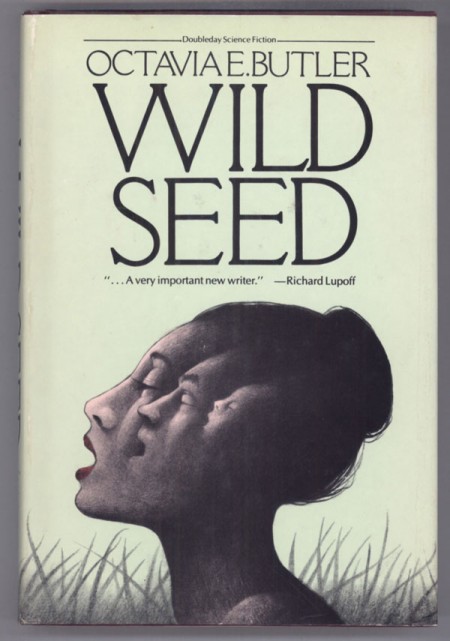 In this prequel to Butler’s Patternist epic, a 1976–1984 series of novels recounting the rise of a mutant species of networked telepaths who will — in the far future — come to enslave “mute” humankind (while struggling against the Clayarks, a species of extraterrestrial plague-mutated humanoids), our protagonist is Anyanwu, a 350-year-old shapeshifter living peacefully in Africa… until she meets Doro, a telepathic spirit so powerful that he can possess any body. Doro, who was born in Egypt during the reign of the Pharaohs, intends to breed a race of telepaths under his control; he has been collecting people with unusual abilities and breeding them, and Anyanwu is his next target. Although she vehemently disagrees with Doro’s contemptuous, utilitarian treatment of his experimental subjects, Anyanwu is persuaded to leave her home for America… where she will struggle to rebel against Doro’s manipulative coercion. The book’s timeline begins in the late 17th century and ends in the early 19th century, and Anyanwu and Doro take the Middle Passage to the New World aboard a slave ship… yet Butler complicates this quasi-slave narrative by showing how Doro protects his “seeds” from Indian attacks and White racism alike. In the end, it’s a book about a woman who fights to protect her family from a cruel, paternalistic man — using love and self-sacrifice, not violence.