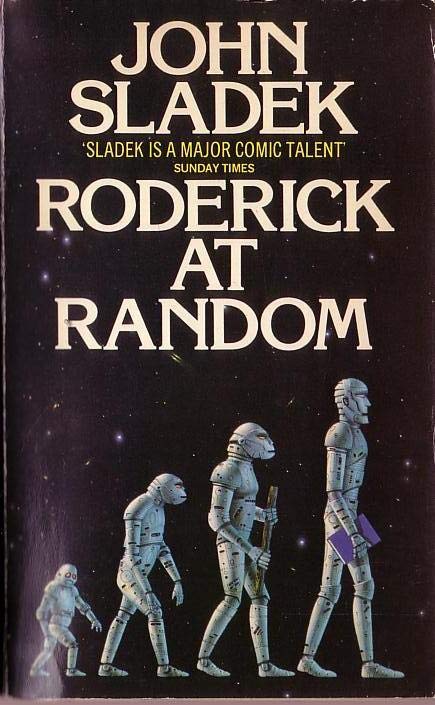 In the sequel to Sladek’s Roderick, or The Education of a Young Machine (1980), our Candide-like robot protagonist takes a low-paying job and attempts to navigate such human, all-too-human institutions as academia, government, the military, the media, the art world, the publishing industry, and above all, religion. Thanks to Roderick’s hard-wired objectivity, this is a darkly satirical take-down of everything from trendy Zen Buddhism and a Scientology-like celebrity “church” to humankind’s propensity to fear, reject, and persecute those who don’t go along to get along. Life itself, Roderick discovers, is absurd; there is no inherent meaning in the world, no overarching purpose to our lives. Computers, meanwhile, are developing their own consciousness — which doesn’t make Roderick feel any less alone; in fact, he’s scared of the emerging AIs. If the book’s human characters are two-dimensional, and its narrative structure Rube Goldberg-like, it’s largely because Sladek was experimenting with the Oulipian possibilities of artificial constraints and mathematical possibilities. In the end, Roderick is revealed as the most truly human character in the story.

Fun facts: Sladek was closely involved with the UK New Wave sci-fi movement in the 1960s–1970s; for example, he co-edited the short lived poetry magazine Ronald Reagan, where work by J.G. Ballard, Thomas M. Disch and other sci-fi writers appeared. The two Roderick books were intended to be parts of a single novel; and in 2001, they were published in one volume as The Complete Roderick.