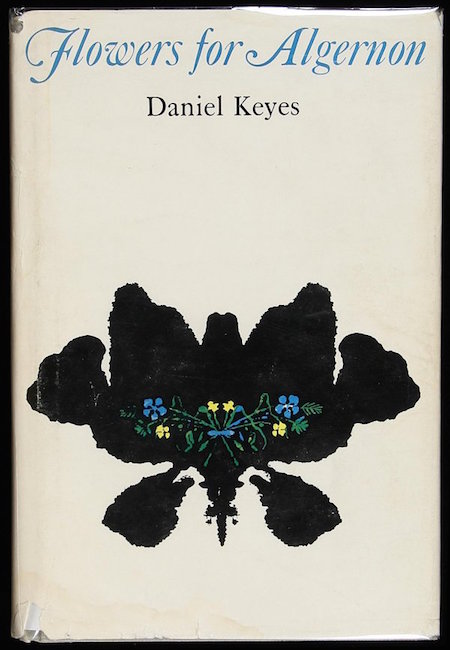 32-year-old Charlie Gordon has an IQ of 68. He does menial work for a living, and attends reading and writing classes at the Beekman College Center for Retarded Adults. Two Beekman researchers have succeeded in dramatically increasing the intelligence of a lab mouse (Algernon), through experimental brain surgery; and Charlie is selected as their first human subject. The novel is epistolary — we’re reading Charlie’s own progress reports. When his IQ dramatically increases to genius level, Charlie realizes how poorly the people in his life have treated him… except for Alice, his beautiful reading teacher, on whom he has an unrequited crush. Charlie’s own research into the intelligence-enhancing procedure he’s undergone suggests that it is flawed… and when Algernon reverts to his previous intelligence, then dies, he’s convinced that he is doomed. How will he choose to live, now?

Fun fact: First published, as a story, in the April 1959 issue of The Magazine of Fantasy & Science Fiction; it won the 1960 Hugo. The 1966 novel version was joint winner, with Babel-17, of the Nebula. Cliff Robertson won the Oscar for his portrayal of Charlie in the 1968 film Charly.