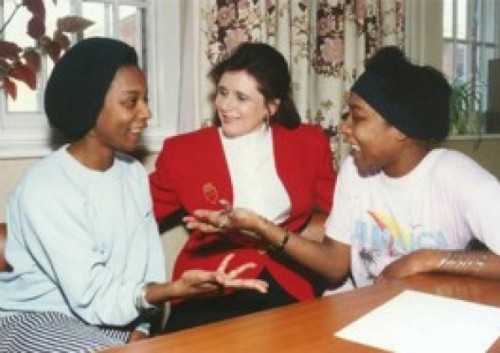 “I am immune to sanity or insanity — I am an empty present box — all unwrapped for someone else’s disposal. I am a throw away egg-shell with no life inside me — for I am not touchable but a slave to nothingness.” Which sister said this? Or was it both of them?

Identical twin sisters JUNE and JENNIFER GIBBONS (born 1963, Jennifer died in 1993) were so inseparable that they practically fused into each other; they created their own language and spoke only with each other. At the age of 14, after years of unsuccessful pairings with therapists, the girls were separated and sent to different boarding schools, where each withdrew into a stupor. After being joyously reunited, the girls wrote several novels, including Pepsi-Cola Addict (June) and The Pugilist (Jennifer). Crime was often at the heart of their stories; they themselves also started committing crimes. During their stay at Broadmoor psychiatric hospital, where they spent 14 years, they agreed that Jennifer must die for June to function in the world. Shortly after their release, Jennifer died of natural causes, apparently willing herself to do so. After that, June finally began to communicate with other people. The Gibbons twins’ story illustrates the strange bond that sometimes occurs between two people which either precludes or causes certain behaviors that otherwise would never occur for either. The chemical or spiritual mix of these two persons coming together forms an energy greater than the sum of its parts.

On his or her birthday, HiLobrow irregularly pays tribute to one of our high-, low-, no-, or hilobrow heroes. Also born this date: Adriano Olivetti and Vincent Gallo.

READ MORE about men and women born on the cusp between the Original Generation X (1954-63) and the Reconstructionist (1964-73) Generations.