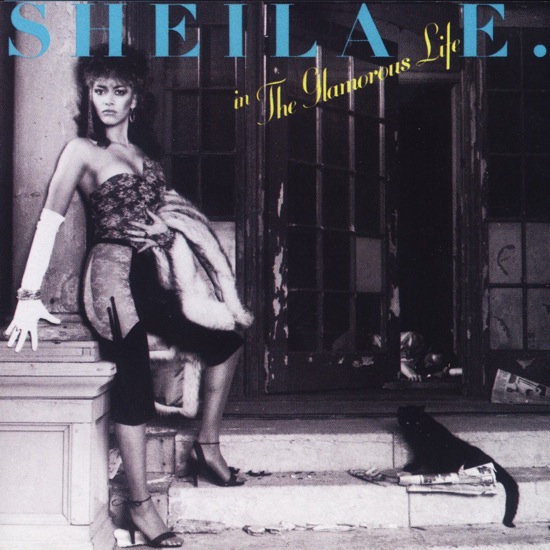 Sheila Escovedo, better known as SHEILA E. (born 1957), is a curious case: a totally solid musician and performer who’s spent the high points of her career in the shadow of a great one. The three albums she made as a singer/percussionist between 1984 and 1987, with Prince on board as a producer and songwriter, are all pretty entertaining, and her subsequent solo records have stiffed. But Escovedo’s not just a satellite reflecting the Great Little Man’s glory (like, say, Morris Day or Apollonia or Vanity or, God help us, Mayte): nearly alone among Prince’s protégés and protégées, she’s managed to retain a certain amount of cachet even when she’s working with other people. That’s probably because she was smart enough to establish her persona as a show-stealing percussionist who just happened to sing and look good in sparkly pseudomilitary outfits, too. She was arguably the first woman whose music videos framed her as both an instrumental virtuoso and an object of desire, and her two #1 dance singles, “The Glamorous Life” and “A Love Bizarre,” are among the final major dance hits to feature an identifiable human drummer.