Off-Topic brings you over-the-transom, on-tangent essays, dialogues and subjective scholarship on an occasional, impulsive basis. To welcome 2023, a rewind across America, through its issues still unsettled…

The city lights of Albuquerque are set deep into a valley but twinkle like the stars; I’d never known that, and even now don’t know why. This was a few hours in; I’d gotten the call to pack my sister’s life into a truck for her return to the East and closer family, joining two of them to drive that stuff and one of the cars all the way back.

So I went on a slingshot odyssey, flung by air to Arizona and retracing the trail mile by mile on highways across the country and along the continental commercial strip, through desert snows and past tourist wonders and neon casinos, a scenic route where the sights to see were visions, spirits, mirages and memories.

This was the broad canvas invaders wrote America on, and it felt best to cross it as a blank slate myself. Having forgotten my phone at the last minute, like Wyatt throwing his watch away at the start of Easy Rider, I had the right conditions to travel almost entirely to the side of time, through the spaces between moments. 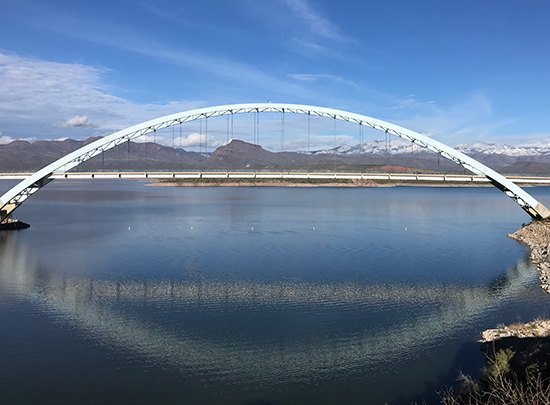 It was a corridor briefly and eternally intersecting other people’s vertical lifetimes. Navigating by ear: the steady intonation of an Arizona sentence, that confident cowboy constancy; the full-mouthed vowels of Arkansas, set solidly in the center of the continent. Placing myself by geography: spartan mountain outposts content to be alone; and generous Virginia hills that tranquilize by being among the few American terrains that seem to want you there.

Intervals and distances marked by the variations in consumer habitat were a road game I still could play. The locally-famous grocery store chains unheard of beyond a certain territory, the soda brands you see in just a single town, Starbucks’ design formula tweaked to recall a desert hacienda, fast-food staples you order in your sleep at home but get blank stares when you ask for here. 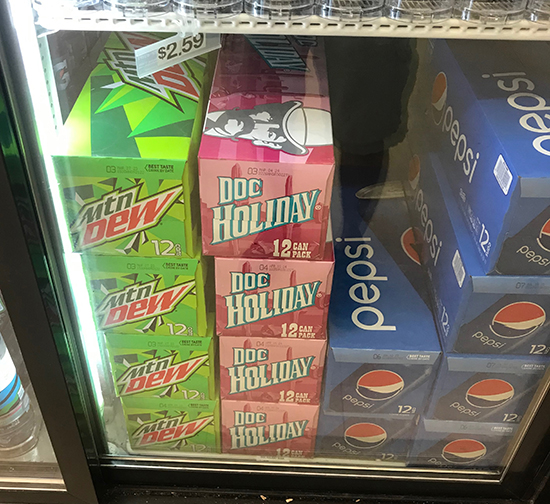 Different, dispersed cultures, but, to a coastal like me, surprisingly few signs of a war. Yes, there are two Americas jostling. I saw more giant crosses from the roadside than ever in my life, and also more billboards for sex shops and clubs. Feedlots that seemed to stretch (and stench) forever, and windfarms you’d be driving past for 50 miles at a time (sometimes towering right above the cattle).

But if I saw a single bumper-sticker, I can’t remember it. My surprise at this may be a product of Easterners’ legendary lack of politeness. We don’t care who knows our politics, though we avoid talking to each other about it whenever possible, the car-flags and “Ultra-MAGA” stickers speaking for us (in the midst of a supposed liberal Gomorrah). Across supposedly Red America, the contradictions are more conspicuous, and maybe more coexistent? In every southwest and heartland state I went through, the pot economy was huge and uneuphemized, and locals pointed with pride to landmarks like Roosevelt Dam, a monumental public work named for our most anti-corporate president. These were the fossil footprints of culture wars won by the outliers so long ago that the eventual allies are forgotten to each other. Does this mean that what we have in common now is also mutually invisible? 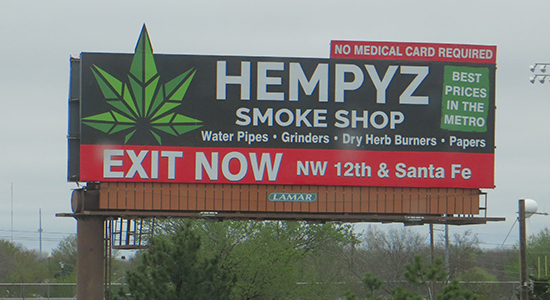 After Trump won in 2016, some New York friends of mine remarked that there should be some kind of compensatory tax levied on tourists who come to Times Square from Iowa (you mean the same Iowa, I thought to myself, that achieved legal same-sex marriage two years before New York did). In Memphis last week, we stopped at a giant metal pyramid that houses a simulated bayou inside, well-stocked with live fish, flown over by flocks of stuffed ducks, and surrounded by tiers of treehouse hotel rooms, a wild-game restaurant, a flagship store of the Bass Pro Shops/Cabela’s outdoor supply franchise, and headquarters for a national hunting group. At the top is a spectacular observation deck and a steampunk restaurant; in one restroom was a receptacle for used syringes. This no-questions-asked approach to addiction and illness (along with matter-of-fact public signage on rehab services) was evident all across the middle of the country, stereotyped as the land of self-sufficiency and social shaming. 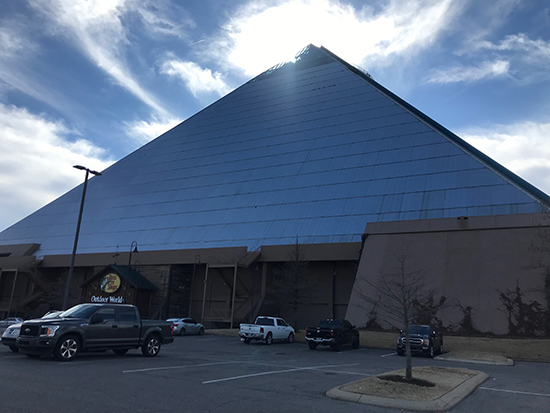 Still, this themepark wonderland, the kind of place whose quintessential American eccentricity made this eastern vegan happy it was the one spot we were able to stop at for any length, was the one place I saw bumper-sticker mentality come back to the surface. Bass Pro-branded mugs bore the familiar don’t-tread-on-me snake with the chain’s logo and “Liberty or Death” printed cheerfully on them. The main reminder of a culture war came from some corporate office that can market off of it. 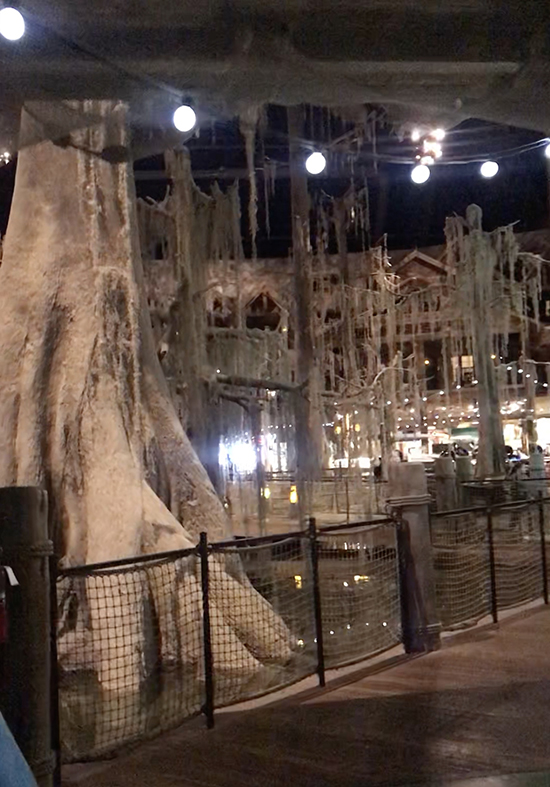 On the way out, laying on its side at the base of an aquarium of exotic fish set into a fiberglass grotto, I saw a toy truck that some kid had taken off a shelf, walked around with and forgotten. It had a Bass Pro logo on the door of its cab, and “I ♥ Jesus” printed across its trailer. The mug was commercialization of conflict, and the toy was conviction without context. Not long ago, God and Country were narrowly defined, and what fell outside the understanding of them was deemed social treason to be violently suppressed, almost by reflex. The Founders held some truths to be self-evident, and the certainties of what faith and patriotism mean came to be considered self-sufficient. What doesn’t have to be explained also doesn’t have to be understood; just stated, like a slogan on a toy truck, or a label for supposed inferiors by people who have likewise never left their own metropolis. 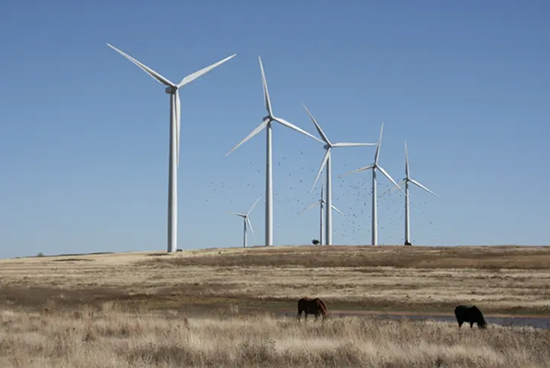 The Easy Riders went through an America pictured as a place full of towns where their very presence risked their lives. That would almost never happen today, or at least not as openly; we just sit off to ourselves in hotel lounges or roadside diners, huddled in our likeminded circles, our coasts and interiors. What insurrectionists stock up weapons for seems to have already happened without a single shot. Where do you come home to from a civil war? We may not find out until we realize that everyone, equally, lost.