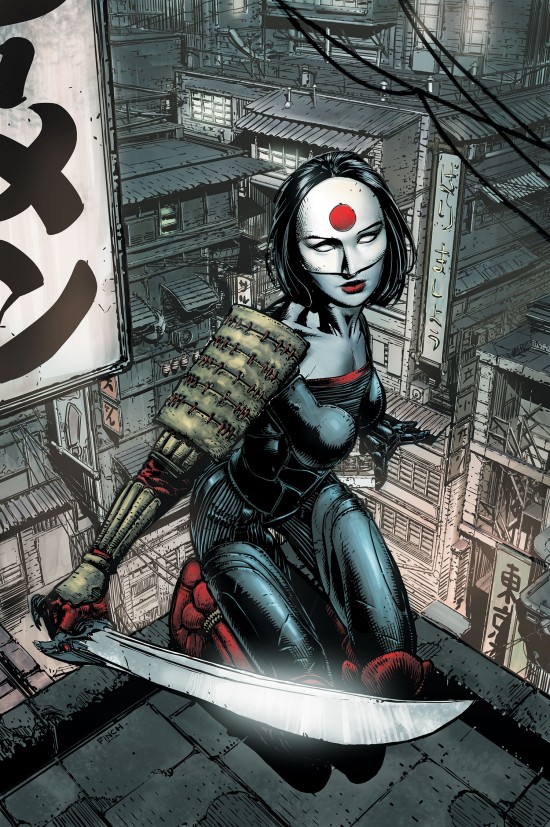 I feel like I’ve just lived my new favorite movie — but just barely survived it. Respected filmmaker Annie Nocenti is not one to train her camera from a safe distance as she documents deprivation and transcendence around the world, and as writer of the new comic Katana (with artist Alec Sanchez) everything that happens, happens to you. A stylish and textured samurai fable in modern-day murk, every point of reference is bodily, from the heroine’s catalogue of injuries to her consciousness of the combat each feature of her physique and dress is designed for to the sacrificial sex she has with mental ghosts and nightmare intruders to the tattooed outcast whose skin tells a mythic story she’s trying to make sense of. The most panoramic shots are stuffed into tight spaces and packed with dense (lovely) detail, while the most widescreen scenes are consumed with Katana’s form — all combat is close, and costly, a lesson of this utterly incomparable primal poem of a comic. Not a ballet of aesthetic violence, but a sensory ballad in flying figures writing sad wise lessons that flash like sunsets off swordblades and are lost on the air.