Off-Topic brings you over-the-transom, on-tangent essays, dialogues and subjective scholarship on an occasional, impulsive basis. This month, as viewing for another record-hot, cold-hearted American summer, we look back rapidly on six episodes of the newest hope… 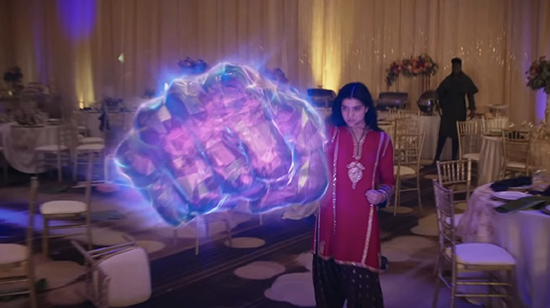 The quiet revolutions are the ones you have to watch out for. The ones so slow you can’t see them, and as inexorable as a flower blooming from cracks in pavement. When the tide turns, and the people turn out, a human wave that sweeps away tyranny, that makes the tyrants flee without a shot fired in either direction. Yes, the outpourings of Belgrade in the 2000s and Tahrir Square in the 2010s have been given a bad name by the rioters of Washington, D.C. in 2021. But it’s significant that the crowd that forms around the titular heroine of Disney+’s Ms. Marvel toward the series’ end is a ring of protection, not a frontline of combat.

This is fiction, but fiction is the afterimage and premonition of popular aspiration. Loss has been the leitmotif of the entire 21st century, from mass slaughters to ecological catastrophes to global plague; loss of symbols, loss of safety, loss of life and hope. We see that only we can save ourselves — and that’s “we,” plural; individual power (integrity, insight, talent) must be unleashed, but only collective effort will get anything achieved. So, we dream of a special individual, but one who lights up the specialness in ourselves and the preciousness of “we.” 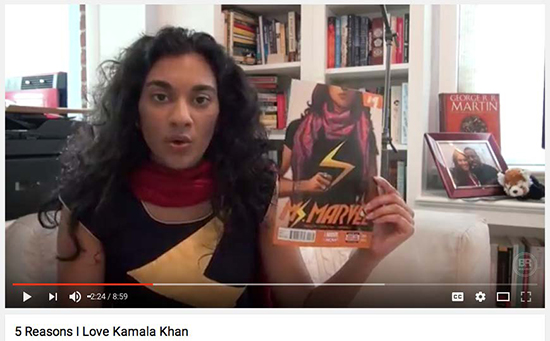 Comicbooks in particular have traditionally been derided as “adolescent (typically male-centered) power fantasies.” This was largely true for the WWII era but is somewhat outdated now. Conceived in the late George W. Bush era when America most publicly abandoned its professed principles and squandered its global goodwill, the MCU movies have always been more of a power critique, however conflicted that can be; at the other end of America’s forever wars (and the possible end of forever), Ms. Marvel is a power-to-the-people fantasy. The circumstances are magical, fantastical, but these are times that call on us, and offer no choice, but to “be realistic, demand the impossible.” 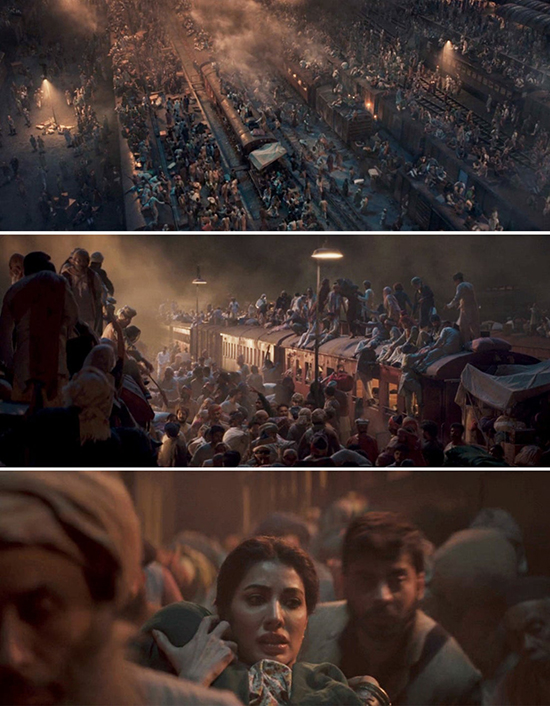 And Ms. Marvel is a show that marshals the money and scale of the typical comicbook movie and uses its superpowers for good. To see the spectacle of a galactic battle applied instead to the heartbreaking vastness of the exodus from India to Pakistan during partition is to see what cinematic technology and a mass media platform can ideally be used to accomplish. This is fiction, but it’s rooted in the real-life events that challenge our comprehension. The long shadows of war and exile, the current specter of paramilitary authority, contextualize Kamala Khan and her family’s acceptance of a truth they could never face, and the ICE-like urban onslaughts of “Damage Control” (the show’s clean-up squad to suppress superhumans). Some forevers, we seem to have survived — in the immediate post-911 period, it was inconceivable that a clear and positive portrait of Muslim Americans (and of their routine harassment by supposed “good guys”) would one day rise to the prominence of this series; the pro-immigrant essence and distrust of xenophobic enforcers in shows like Ms. Marvel (and the second season of Picard) suggest that there could be mass survivals of the current endless moment too. 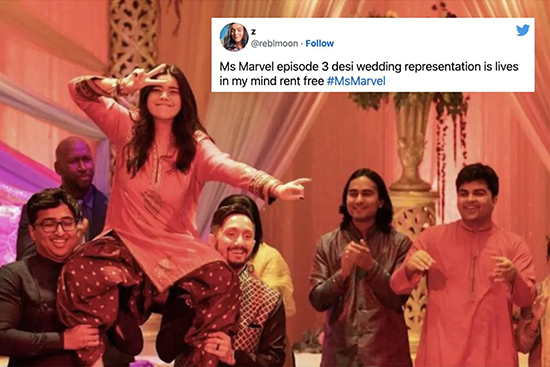 The new day can come before you know it, and from the places no one was paying attention to. Kamala is the homegrown hero of Jersey City, NJ, and she’s a new kind of champion who stays at the ground level and the grass roots (even if they have to push up through concrete). The fabric of this electrically alive city is captured well (and largely on actual location), in a culturally astute range of characters and a visual polyglot of stylistic stretches, not least the spontaneous psychic graffiti with which Kamala’s ideas, visions and schemes paint themselves on the surrounding architecture. This is wonder rather than grandeur, a revolution of imagination and charm akin to the endearing sentiment and cartoonish absurdism with which the original Ms. Marvel comic helped change the game of an entire medium. Many of the epochal changes came on quietly; Kamala’s dynamic tasteful costume, in adhering to the baseline of Muslim cultural modesty, made the comic world safe for heroines who go into battle or jump into adventure actually clothed (now the norm after decades’ wait); in the same way, the TV version’s matter-of-fact incorporation of a female frame of reference (like the reality that young women, super or mortal, get curves and have periods, presented with neither squeamishness nor sensationalism) is so rare as to mark a new era — this is fantasy, but when have you ever seen it like this on action-hero TV?

Kamala’s very power is portrayed as defensive, protective; her main aim is rescue of innocents and resolution of conflicts rather than confrontation and attack. This is sold by a writing and filmmaking team who really know their subject, both in source material and cultural experience; we see the heroism of Greta Thunberg’s generation, the intrepid citizen journalism that social media can be, the mighty weaponry of information (the exposure of Damage Control that ordinary followers accomplish) and the winning argument of understanding (in the beauty, foibles, tensions, strictures, rebellions, emotional bonds, personal struggles, misery and schisms and social slapstick of an honestly portrayed people, and city). And that is conveyed by a captivating cast, centered on Iman Vellani, the most phenomenally nuanced, versatile and fun kid actress this century has to compare to Wizard of Oz-era Judy Garland. It’s true, when superheroes first appeared, we dreamed of power invested in a single champion who could overcome all oppressors, with an absoluteness that could unconsciously emulate fascism itself. Kamala Khan is the emblem of an era where we want the power of our persistence, our conviction, our moral vision, to rise within us all, from places we may not have known we had it. For this to happen, we know that each one of us has to change profoundly. What Ms. Marvel’s story does is take the true face of America and turn it human. 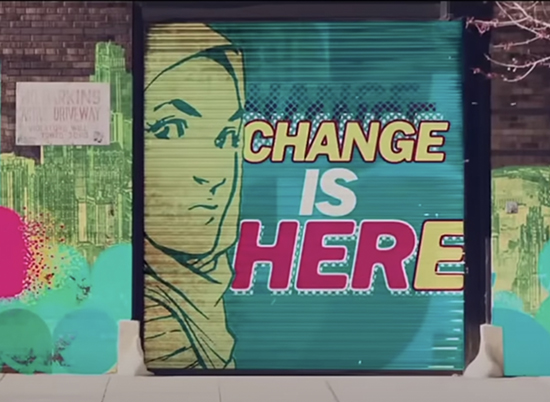