Off-Topic brings you over-the-transom, on-tangent essays, dialogues and subjective scholarship on an occasional, impulsive basis. For this closing summer of climate pandemonium and pandemic bad judgment, an escapist visitation with three revived spirits of pop-culture past…

COMEBACK FROM THE DEAD 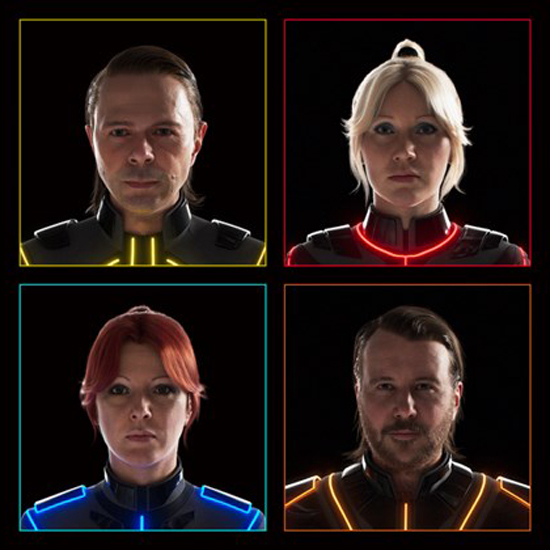 It’s been a good year for the ’70s. ABBA is headed straight toward whatever music-industry awards are left, and they should be in serious contention for a Hugo, since they have out-sci-fi’d all of their synth-pop and Afrofuture-funk contemporaries combined. The unfrozen-from-a-block-of-ice factor is gleefully foregrounded, and so is the uploaded-consciousness concept; as they’ve made sure everyone knows, the band has suddenly reemerged after 40 years to record-breaking presales of their first new album in that time, and are sending de-aged CGI doubles out to perform it.

It’s the right time in history for them to pop back in through the wormhole. Mass culture is preoccupied with what-if’s and parallel histories; the mortality we’re facing seems more certain than ever and the legacy of what we’ll leave behind an uncommonly open question. The producer of their impending stage-show (projected in a purpose-built London arena) said that “to make the boundaries between those two worlds [digital and physical] disappear, light is the connector,” for “a unique space…which is neither digital nor physical” — so, the band is being beamed out as a signal, a reply to the visual messages from the stars we see each night, and of which we were composed; a Voyage (the new ABBA album title) that will continue long after that process has been reversed. 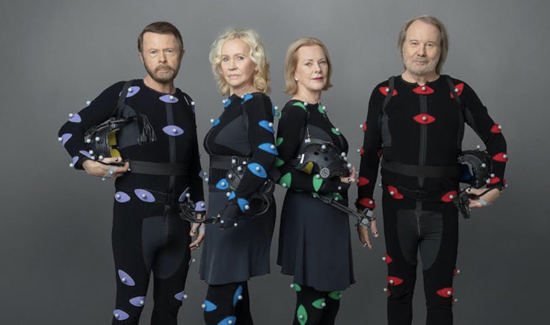 The sentiment is almost enough to obscure the satire. Tupac and Michael didn’t get a chance to see their digital spirits carry on while the originals were still in their bodies, but this band will have its permanent effigies in place long before they’re gone. At a time when corporate message-ers are increasingly obliged to note if retouching was done on models’ bodies as if it were a cancer warning, the band’s “ABBAtars” (grist for the pop-music abattoir) are giving the people what they wished for. Proclaiming “I’ve been reloaded” in one of the leadoff songs “Don’t Shut Me Down,” ABBA is knowingly leaning into the feeling of a perfect product simply switched off 40 years ago and humming back to life where it left off; even referring to the show’s extended stay in London next spring as a “residency” poses a pretty hilarious paradox. One ’70s craze that was almost as big as ABBA was apocalyptic fantasy; now that the latter feels upon us, it’s nice to think that the former can keep coming true. 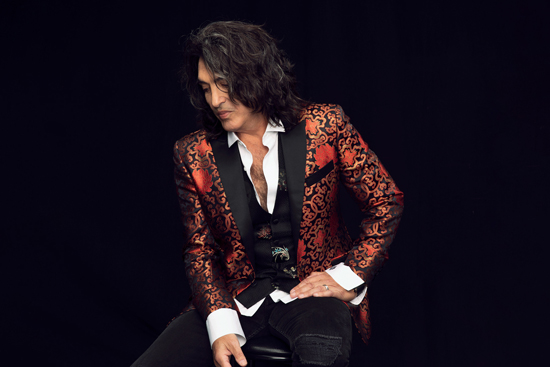 Another 1970s band which has floated sending substitutes out on tour is KISS (who, like ABBA, were far more culturally prominent than the critics, who tended to try and write them out of their own present, would allow). Being, again like ABBA, as much a business as a band, KISS long-since ceased assigning new characters to their post-founding members, and just tour two other guys underneath The Cat’s and The Space Ace’s makeup; Gene Simmons and Paul Stanley have speculated that the band could carry on indefinitely with someone “as” both of them too. (It works for yer highbrow Blue Man Group.) Stanley has used the prospect as an opportunity to slip out of the building and portray a very different him in “Paul Stanley’s Soul Station,” a Philly Soul homage ensemble that released its first album a few months ago. Rather than living to see (or, as in ABBA’s case, be) his own simulacrum, Stanley is reincarnating a self he never was, which shows a kind of genius for reading a moment when the past is being remixed across pop culture just as it’s being reassessed throughout the social conversation.

But let’s talk about Soul Station. I’ve long held that standards are the last refuge of a scoundrel, but for most of KISS’ audience these days, that band’s setlist is the collection of beloved oldies, and there’s bravery in veering so far from your base when you don’t need to. The fish-out-of-water factor works to really refresh him; his vocals are better than they have any right to be after shouting in stadia for five decades, and the musicianship is fully in the present, cloud-based playlists having liberated the soul songbook from any feeling of being behind us rather than all around. 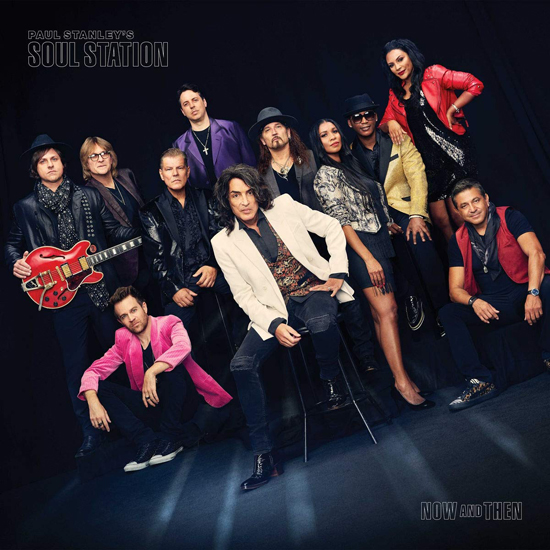 It’s olympic-level chutzpah to scale the classics covered here on your first time out, and the songs are so iconic that on several of them Stanley sticks to the vocal phrasings note-for-note as if there were no alternative (i.e., “Could It Be I’m Falling in Love”); he’s on firmer ground with songs so associated with a single vocalist that he realizes imitation isn’t an option (i.e., “Let’s Stay Together”). Working without the famous tracks’ scaffolding serves him best, in five original compositions that find the forms most suited to his voice and all stand credibly alongside the models he’s scattered them among — especially “I Do,” which could’ve just been found fallen behind one of Thom Bell’s filing cabinets. But it was never lost, just something that came into existence by being needed. And in the closing circle we seem to be living through, there’s a need for some music that sounds like it picks up right where something left off, and some that picks up right where something started. 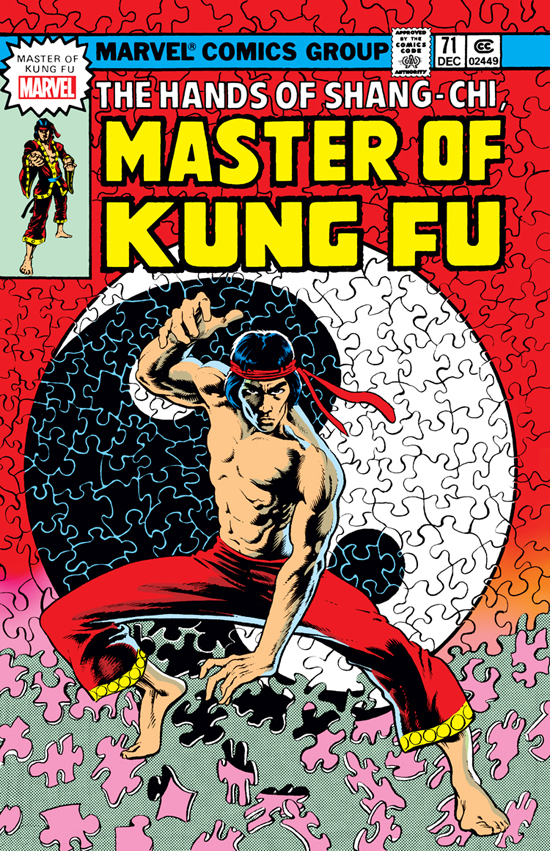 Other stories, though, need to be stripped back to the beginning and started over. One of the definitive synonyms for the ’70s was grindhouse (and some high-end) kung fu, and like every flavor of that decade, it tended to exploit as much as it affirmed. Both carried over into the signature character of the genre’s many comicbook counterparts, Shang-Chi, “Master of Kung Fu.” Started as a licensed tie-in to early 20th century pulp stereotype Fu Manchu (of whom Shang-Chi was the turncoat heroic son), the comic long outlived its fad and was known for going far (but never far enough) to transcend its origins. In Marvel Studios’ Shang-Chi and the Legend of the Ten Rings, the father (a completely new character) is fixated on a lost loved one he can’t let go of, but the movie has made a clean break from its period sources. 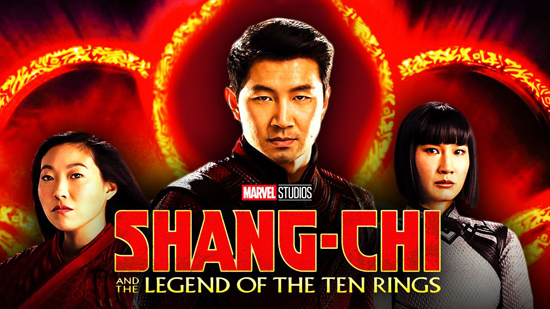 At its core is a cast worth carrying into the future. As the conflicted child soldier/youthful philosopher hiding his hauntedness in an anonymous assumed life, Simu Liu cracks the rare paradox of being both wholesome and interesting, his heroism a sincere center with darker dimensions encircling it. As his father Wenwu, Tony Leung gracefully walks his own thin line between hero-of-his-own-story and victim of his own false narrative, a warlord and authoritarian who lets his loss justify all his worst tendencies; this makes him lose all he had left, and both the arrogance and the tragedy are written in his every line and expression. Michelle Yeoh has a compelling calm as the martial mentor and surrogate mother-figure, strong in ways the father can’t see and the son finally learns from. Meng’er Zhang as Shang’s sister Xialing is a self-possessed and charismatic co-lead (and the closing “Ten Rings Will Return” tagline suggests that she might be the lead next time). Even the often-insufferable Awkwafina reveals some more sober and disturbed shadings occasionally.

The filmmakers saved what was of value in the original, and didn’t stop there, reaching back to the Chinese history, culture and folklore that the original kung fu genre scraped the surface of and typically got wrong. There is a rootedness to the real-life figures and well-researched legends referenced here, and a credibility to the connections the film’s fantasy scenario makes with the everyday affections and ambivalences, toward nations and between generations, among diasporic communities.

Of course, another greatest hit of the ’70s was the Cold War, and it’s interesting to compare Marvel’s two theatrical tentpoles so far this year, Shang-Chi and Black Widow, featuring the US’ imagined archenemies China and Russia respectively. While Shang has escaped the ’70s, Natasha still hasn’t really shaken the ’60s, and her movie inhabits the present more uneasily. As well-made an action flick as Black Widow is (especially its frighteningly lived-in combat scenes, which sometimes way surpass the CGI gilding of Shang-Chi’s fights), and as much of a milestone as it still represents (only the MCU’s second solo-female-headlined movie), there’s something oddly genderless and unsourced about it. There is no more Soviet Union but the film depends on its iconography (gulags, rural vistas), lending a certain drift to its sense of place and time; the Communist era’s rhetorical commitment to sexual equality is kind of accepted at surface value, rendering the drama more of a struggle for score-settling rather than exploring the psychic violence and male supremacy inherent in the movie’s premise (one of many things that Red Sparrow did better and beat this movie to while Marvel dithered).

In Black Widow trauma is a motif; in Shang-Chi its influence is shown and felt. Shang-Chi manages to be a somewhat more feminist movie too, frankly acknowledging the sexism engrained in the social structures it depicts while centering the women who strive against them; the scene where Shang-Chi’s grip lingers while Xialing implores him to let go and leave her for dead, and he resolves to wrest her from the dragon’s claws instead so he can stay true to her equal value and she can return to her role in the fight, could almost be a direct riposte to the infamous sacrificial death-scene of Black Widow herself in Endgame.

It’s enough to make you believe that, by retracing the way we got here, there might be another path to take that leads farther forward than we can yet conceive.