Off-Topic brings you over-the-transom, on-tangent essays, dialogues and subjective scholarship on an occasional, impulsive basis. This time, a reconnaissance of our chances of survival in constructed realities and dreams come false… 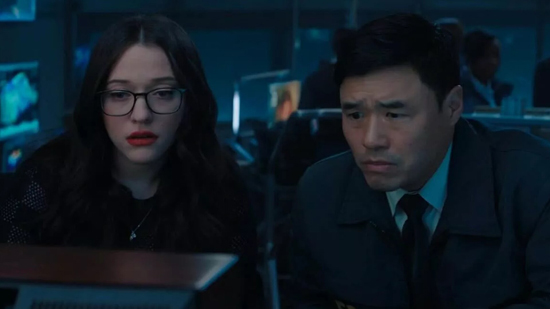 Magical viewing is the medium of the moment. Not just consumption of supernatural themes; that’s as old as the fanciful SFX in Georges Méliès’ silent films and the multitudes of domestic genies, witches, clairvoyants and spirit-possessed cars on 1960s TV. Now that our screens can hear us and answer back, from Siri to zoom, our aim in staring into the magic mirror is not to escape, but to influence.

The popular preoccupation with TV ratings and multiplex grosses in the 1990s was a shortcut to being the expert at meetups and parties, and less risky than the desktop stock-market adventurism that had set the model. The invoking of polling metrics as articles of partisan faith and the bedrock of internet empires in the 2010s and ’20s moves beyond such passivity; the numerical formulas are incantations of science, aiming at charmed outcomes. 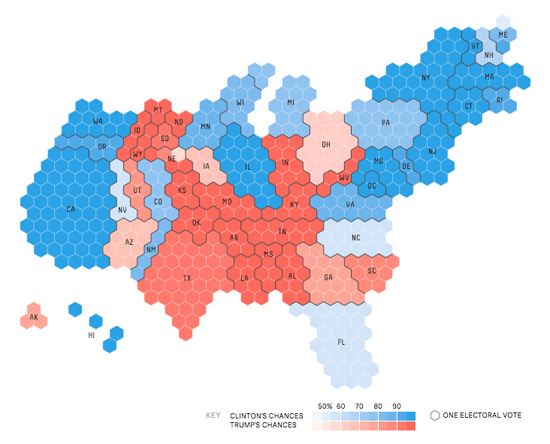 In the same way that pundits and policy nerds pore over their various political idols’ “paths to victory,” superfans transmute art to science by tearing up the turf of every favorite fiction for the “Easter eggs” embedded there. Each one involves scorched earth and singlemindedness, but part of the point is having innumerable extra ways out.

Science and magic have been on a converging course this whole century, as quantum theory ever more closely resembles (or at least provides premises for) much of what we thought of as mystical — heavenly realms being higher dimensions, lost loved-ones being resurrectable from parallel timelines. The merging is made most manifest in Marvel Studios’ WandaVision, centered on the marriage of an android and a sorcerer. But the underlying magic wish for an equation to remake the world or undo the past is much more widespread. 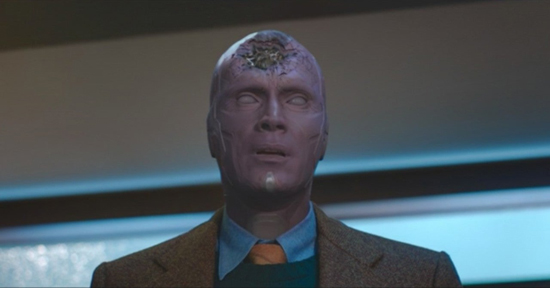 The least popular scene in the movie that first set WandaVision’s storyline in motion, Avengers: Age of Ultron, was the montage in which the then-antagonist Wanda induces flashbacks or premonitions in each Avenger of their traumatic past or doomed fate. Roundly decried as an extended ad for the next few Marvel movies at the time, it was one of my own favorite parts; I have a personal preference for “spoke” narratives over “road” ones; that is to say, simultaneous storylines that radiate out from a fixed point, rather than following a fixed path. To see the possible reverberating rings around the present moment felt more satisfying, and a natural landscape for the renewable archetypes and roaming signifiers of these morphing pop myths.

But as that film trends again, the prismatic narrative and its heroes-with-a-thousand-varieties have caught up in the mass imagination. This is the era of Into the Spider-Verse and Crisis on Infinite Earths, of Presidents-for-Life Nixon and Redford in HBO’s Watchmen and JFK’s multiple-choice deaths in Netflix’s Umbrella Academy, of duplicate heroes and villains escaping Avengers: Endgame to make mischief or seize a chance to do over their life as a normal one. That movie’s main purpose, of course, was to restore a universe as it had once been known, but the future — as already seen in the plans for movies like DC’s Flashpoint and Marvel’s Doctor Strange in the Multiverse of Madness — is in pieces.

Dead ends get you dreaming about side exits, and our current moment of environmental countdown and democratic collapse cultivates popular fantasies of reconfiguring the possibilities, and even the precedents. We acknowledge that loss is enlightening, and contrive ways not to fear death. Half the country resides in a separate reality constructed from curated media perception, and the rest of it tries to imagine broader spaces and options in the unseen. 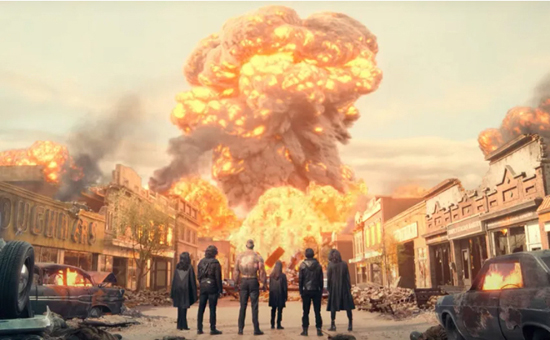 The past four years proved that all kind of things that “can’t happen,” can; and a sense of what’s possible can move both ways. At the end of the WandaVision series, the title characters themselves articulate this in their affirmation that, “We have said goodbye before, so it stands to reason…” “…we’ll say hello again.” And the series seems to turn on a contrast between hopeful acceptance and authoritarian denial; Wanda spends most of it controlling every person, place and thing around her to impose happiness, then sees the error once confronted with control incarnate in the form of Agatha (whose one-dimensional characterization might be just barely justifiable given the inflexible outlook and narrative rigidity she seems to symbolize). 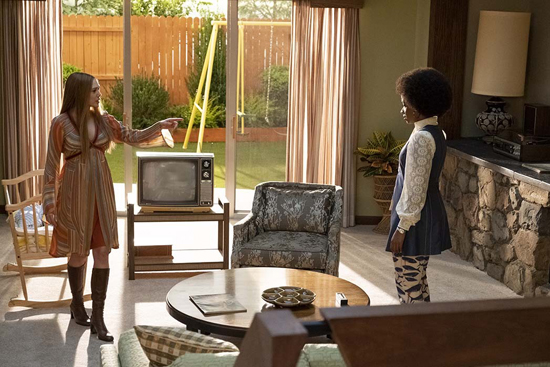 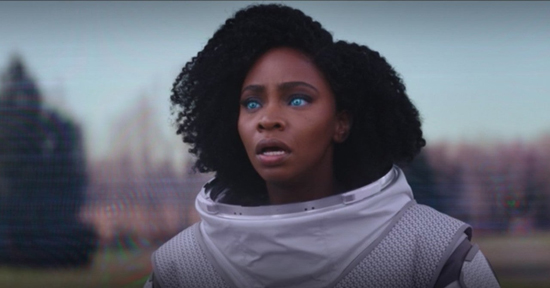 This collapses in on itself in the final two episodes, where elegant otherworldliness gives way to crescendos of dumb pyrotechnics and empty overacting. Reminiscent of the similarly, obliviously self-parodying conclusion of the Tim Burton Dark Shadows, which had also spent most of its runtime in sophisticated humor and less-is-more dread, both its finale and WandaVision’s felt like a last-minute rush to dump and justify the unused tonnage of the special effects budget. It had me saying a thankful prayer for the relative small scale of Agents of S.H.I.E.L.D.’s financing. Among that show’s many unsung virtues was a foretaste of the MCU’s big-bankrolled multiple realities to come, with various dimensional echoes, AI reconstructions, robot doubles and time-paradox variants of familiar characters, which, with a lot less money to burn, had to focus on the ache of loss, the allure of regaining even an illusion, the consistency of noble impulses and lurking of horrible traits across many versions of the same self. 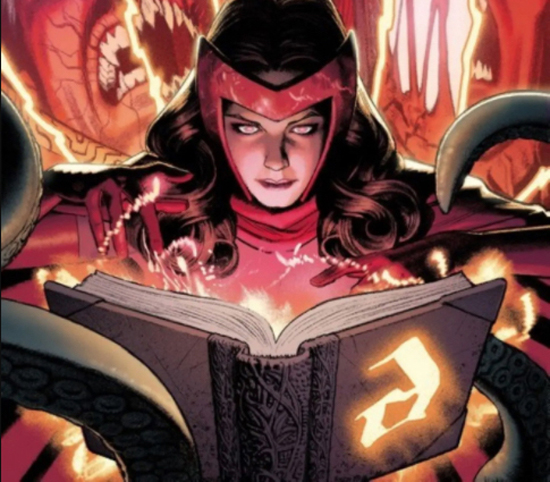 It’s a proof-of-concept WandaVision did a good job of following in its repressed-memory pathos, fragile comedy and quiet remorseful character moments earlier on (and still occasionally up to the end, between cackles and energy-bolts). Almost without exception the MCU has shown that there’s no reason why genre has to sacrifice the grand and operatic for the merely big and loud. Like the old criticism leveled at Age of Ultron’s mid-movie “ad,” WandaVision’s last episode turns into a trailer for the next few shows, squeezing in more new mysteries than it resolved earlier ones. It gives off the joined-in-progress feeling of some random middle issue of a several-part comicbook arc, designed to keep you following; this narrows the path and points it in only one possible direction. But the way to pop glory, as well as humans’ future, now lies in venturing along every road not taken.