Off-Topic brings you over-the-transom, on-tangent essays, dialogues and subjective scholarship on an occasional, impulsive basis. This time, a contemplation of how COVID’s archipelago of isolation has affected our mental geography … 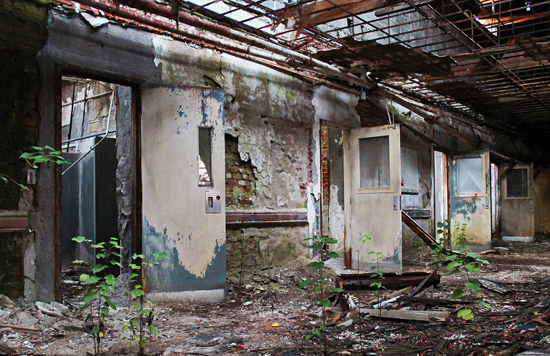 I used to love nothing better than to venture through long-empty places; gutted luxury hotels grown over in the upstate New York mountains; mill-wheels stilled in winter woods, their spokes spilling icicles; once-festive beach pavilions in a sand dune of drifting peeled paint. It was easy to feel that the lives that had left these spaces, left them to me; witness is a reassurance of existence, and the romance of abandoned places is that you are still there. Crumbling stone walls, in their jagged majesty, are less transient than the flesh of their observer, and I felt not disappeared but lighter, floating, my spirit lifted in a fondness of farewells. I look back on these travels now as a memory of a memory, once-more removed but not going anywhere; there’s no wall I can walk through, and I never imagined that the places would abandon me.

The life of quarantine is the death of space. I don’t know where to place myself in the fused figure-ground, the collapsed depth of field, of the digital visit and the remote outdoors. We all feel how confinement has widened time — lack of motion focuses us on the intricacy of the moment — but I’m transfixed by how it has collapsed space. 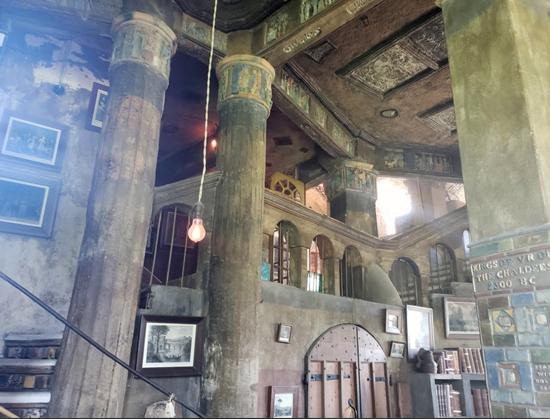 Back when mobility seemed limitless, I somehow never fully grasped how much of escape is about seeking new enclosures. The eccentricity of personal habitat, the folly of visionary museums and homemade monuments, like psychic catacombs turned inside-out, no two the same shape. Even streetscapes were a setting to be placed within, each of them differently carved by local history and culture. Interiors were also a gallery for the outside, granting compositions, elevations, angles, visions of the ground or sky you could only get within the frame of certain windows.

Now, we see that profusion of human uniqueness pieced into the patchwork of chats onscreen, like a cloud-level view of a skyscraper with one side sheared off; magically, safely, but still seeing through a veil. And now, when driving through those human-made environments, I look through windows and entryways of bygone-modernist diners, embellished century-old theatres, small indie shops and local shoemakers, to see what shapes the openings cut light into on opposite walls, glimpse the ambient air of a different lifetime, imagine the encapsulized miniature worlds. More and more often, in the economic gloom, when I look through these spaces there is no inside, as with a soundstage’s false facades, which I imagine collapsing as I watch — like the skin and air of a soap-bubble, the old exterior holding the stores and apartments in place, but the life and atmosphere inside being all that was holding everything up. 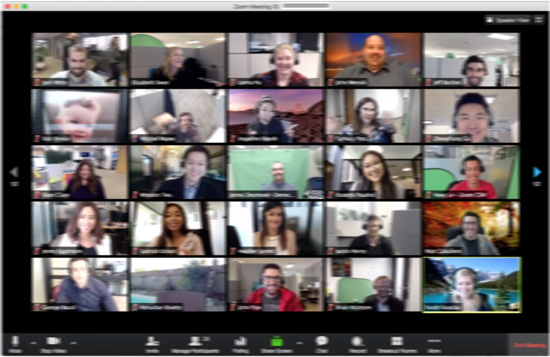 As the catacombs of people’s materialized quirks and inspirations close off, my mind digs back in on itself, cutting new avenues. Whether wacky mansion or phallic tower, I’ve always felt that the structures and streets we’re surrounded by are the scale model of someone’s mind, and I seem to interpret emotional context architecturally. Those mental avenues are busy and intricate; where many report more vivid dreams during pandemic, my mind is traveling ever more elaborate and textured human-built domains. Growing up with scattered relatives and itinerant parents, it’s possible that the main sense-memory I developed was spatial. The places I visit in my dreams either recombine these voyages, or construct entirely unfamiliar ones. Initially unfamiliar, that is; I’ve only once or twice in my life resumed a dream I was disturbed from, but there are recurring locations for separate dreams that I have come to recognize time and again. In the contraction of direct sensory reference, I feel as if I’m remembering them from real life, and they are physically reachable. Spiraling stairwells in soaring school/hospital buildings, hive-like Victorian houses connected by creaking catwalks, labyrinths of curiosity-shops with obsolete or nonexistent inventory, ornate routes through teetering stone-carved mainstreets, colossal rollercoaster-like spacey trainlines and weird cave-like subterranean stations. I wonder if these are preliminary drafts of the neurochemical illusion my brain will prepare as a subjective afterlife; if so, my unconscious is compensating for my present physical seclusion in a charitable way. Perhaps we are beings who build, grow, project containers to fit the evolving shapes our psyches take.

Life was boxed up for us before, and we saw it as a gift. There’s a reason for the (now-distant) attraction of walking through an IKEA, with its succession of simulated bedrooms and kitchens and balconies; it’s like a museum of all your potential future lives. We seemed to be satisfied to visit them rather than inhabit them — not unlike the way that, in many urban centers, there are probably as many storage units as there are apartments; whole cities-in-waiting, an emotional stockpile, an advance burial chamber. Now we see each other, and vignettes of our home environments, stacked vertically like those container ships, like those domestic stage-sets.

I still visit some of the empty places; vacant forests and forgotten graveyards with my wife (whose arrival in my life marked an expansion in those dream locales of mine as well). Not the fields and flocks of human presence that I now feel like one flower plucked from, but a wild, beautiful terrain, shared with the one person I need above all, in lines of ivy and angles of settling stone writing its future, as it always did, perfectly well without us. 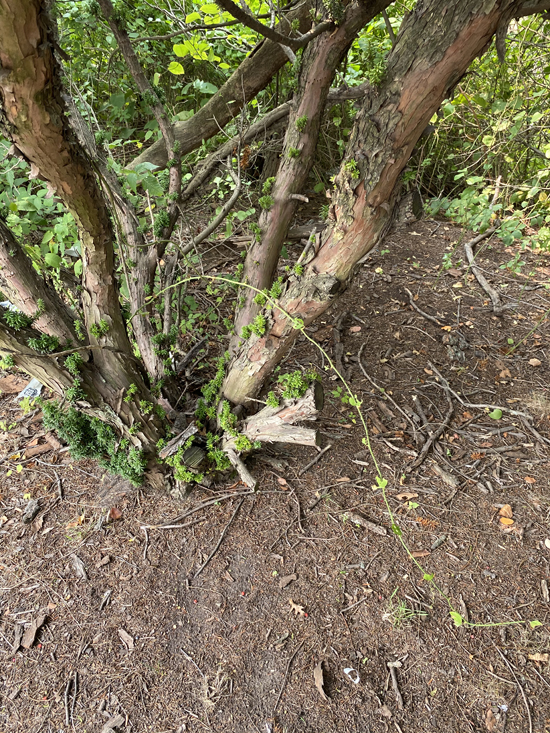 Apart from that, all of us astral project through each other’s screens. Our motion is restricted but not our view, and the passivity of electronic living is refuted by a more intent, invested engagement with our fellow humans than ever before. We know what we’re missing. But we’ve kept in touch with it.