*
BEST EVER MOVIES FROM AROUND THE WORLD 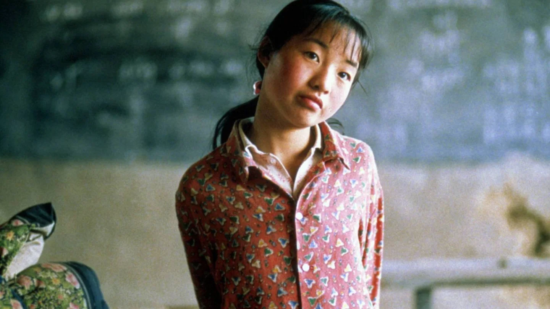 2009
NOT ONE LESS
Directed by Zhang Yimou

Wei is a 13-year-old girl called in to be a substitute teacher, for one month, at a rural village’s school. If all the students are there when the teacher returns, Wei will receive a bonus payment. When the class troublemaker runs away to the city, Wei’s students help her raise money to follow and fetch him back.

On his way to school, lonely Pascal discovers a helium-filled balloon in his Paris neighborhood. The balloon is a prankster with a mind of its own. When a gang of bullies comes along, Pascal must defend his new friend. 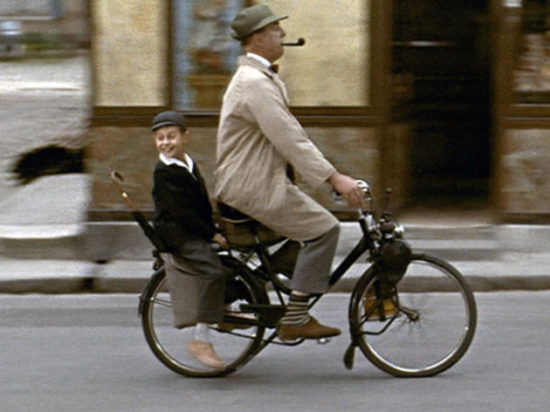 Nine-year-old Gérard lives in an ultramodern house, which his wealthy parents never stop showing off. He much prefers to spend time with his sweet, bumbling uncle, Hulot, who rides around town on an old bicycle. In one of the movie’s many funny scenes, Gérard and his friends hide in an overgrown field and play pranks on people walking past.

1962
WAR OF THE BUTTONS
Directed by Yves Robert

A class of schoolboys divides into two gangs, who meet regularly to do battle; whoever wins gets to take buttons off the clothes of the losing side. Some of the boys come up with the brilliant idea of running into battle naked, leaving the victors with nothing to capture. An anti-war comedy.

An earlier Truffaut film, The 400 Blows, is about a boy from an abusive family who skips school. This movie, which features a cast of two hundred kids of all ages, is much more cheerful. Still, there are hijinks: a girl stages a protest against her parents, and causes confusion with a bullhorn; brothers give a friend a bad haircut; and students disobey teachers. 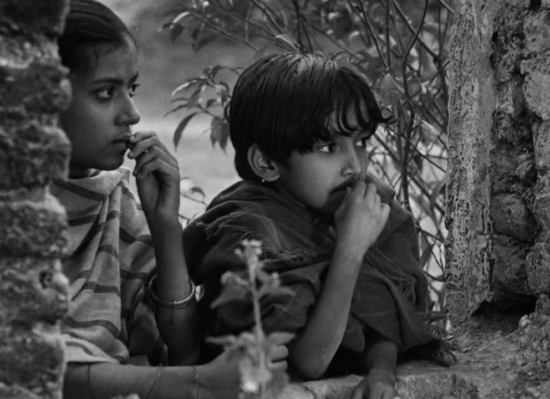 In this realistic movie set in rural Bengal of the 1920s, an impoverished boy, Apu, and his sister share the simple joys of life: hanging out, dressing up, running around. The ending is sad, but Ravi Shankar’s soundtrack makes the movie joyous.

1987
WHERE IS THE FRIEND’S HOME?
Directed by Abbas Kiarostami

Feeling terrible that he’s accidentally taken a homework notebook from a fellow grade-school student, Ahmed, an 8-year-old living in rural Iran, sets out to bring the notebook to his friend’s home — which involves wandering through a fascinating mountain village, full of distractions. 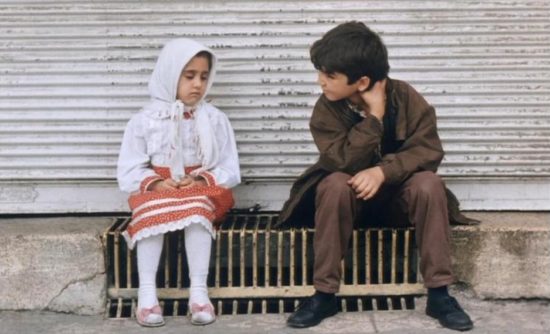 In Tehran, a 7-year-old girl, Razieh, loses her money down a sewer — and only a young Afghan boy selling balloons will help her out. Afghan refugees are a mistreated minority in Iran, so the movie is subtly criticizing the effects of racism on children. 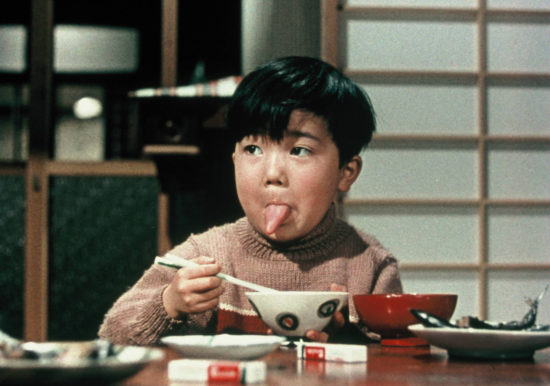 In suburban Tokyo, when young Minoru and Isamu Hayashi are forbidden to watch sumo wrestling on the neighbors’ TV set, they throw a tantrum and demand that their parents buy one of these new gizmos. Their father tells them to keep quiet, so the brothers go on a silence strike.

2002
I NOT STUPID
Directed by Jack Neo

Three kids are placed in a remedial class for different reasons: one is spoiled and lazy; one is exhausted from working at his family’s business; and the other is a born artist whose parents force him to concentrate on math and science. Together, they tackle each kid’s problems. 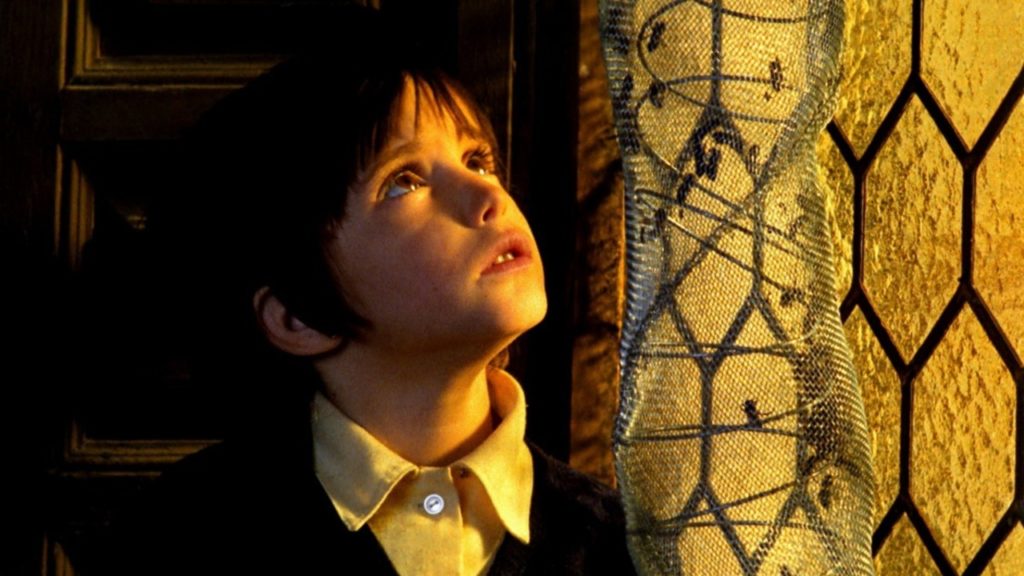 1973
THE SPIRIT OF THE BEEHIVE
Directed by Victor Erice

Six-year-old Ana lives in Spain, just after the 1936-1939 Civil War. The new government encourages everyone to see the movie Frankenstein; the monster supposedly represents the defeated Republican forces. Ana sympathizes with the monster — and also with a fugitive soldier who is hiding out in her family’s sheepfold.

1984
A SUMMER AT GRANDPA’S
Directed by Hou Hsiao-Hsien

Dong-Dong and his sister spend the summer in the countryside, where they climb trees, make new friends, and slowly come to grips with the realities of grownup life.

In this adaptation of Charles Dickens’s novel, a runaway orphan is taken in by an old scoundrel, Fagin (played by Alec Guinness, who’d play Obi-Wan Kenobi in Star Wars: A New Hope). Nine-year-old Oliver enjoys the company of the Artful Dodger and Fagin’s other rapscallions. The scene in which the boys demonstrate to Oliver how to pick Fagin’s pockets is terrific. All too soon, Oliver lands in the custody of a nice, respectable gentleman — too bad! 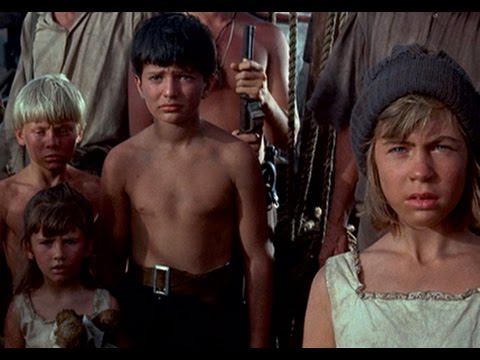 1965
A HIGH WIND IN JAMAICA
Directed by Alexander Mackendrick

Anthony Quinn and James Coburn, two of the toughest- and scariest-looking actors of their time, play salty pirates who capture a group of three English siblings and hold them for ransom. What the poor pirates don’t realize is that nothing is more dangerous and disruptive aboard a ship than innocent kids.

The son of a coal miner preoccupied by the 1984–1985 UK miners’ strike, 11-year-old Billy wants to be a dancer. Defying his father’s orders to study boxing, Billy secretly does ballet. Awesome soundtrack.

Will Proudfoot’s family belongs to a strict religious sect; he’s never watched TV or movies. He’s bullied by Lee Carter, who accidentally shows Will the violent action movie First Blood. This inspires Will to write his own action movie, and when Lee films it with his video camera, the two unhappy boys become friends. 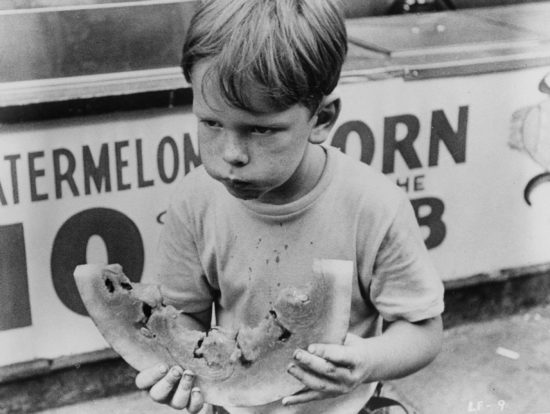 Seven-year-old Joey wrongly believes he’s killed his older brother. Freaked out, Joey runs away from their Brooklyn apartment and spends a couple of days at Coney Island, a local amusement park. He sleeps on the beach, makes friends with grownup strangers, and safely engages in all sorts of other activities the mere thought of which is enough to give today’s grownup a conniption fit.

1962
TO KILL A MOCKINGBIRD
Directed by Robert Mulligan

During the summer of 1932, six-year-old Jean Louise “Scout” Finch and her 10-year-old brother Jem learn responsibility and compassion from their stand-offish but loving father, Atticus, who heroically confronts racism in their community… and who scolds his children for teasing their elusive neighbor, Boo Radley.

PS: Mary Badham was nominated for a Best Supporting Actress Academy Award, thanks to her portrayal of the disobedient and noisy, but brave and affectionate Scout.

Watch E.T. less for the lovable alien than for the scene in which 10-year-old Elliott, his older brother, and their friends elude the authorities on their BMX bikes, almost as though they’d been practicing for such a moment.

PS: You should also see The Goonies, which Spielberg co-wrote, for the same reason: unsupervised kids, creepy grownups, and BMX bikes. You’ll recognize one of the Goonies from the Lord of the Rings movies.