Puzzlers and makers build stuff without following instructions, investigate mysteries and crack codes, and use their wits (and materials at hand) to solve problems.

Here are some terrific novels about kids who experiment, fail… and try again. Failure, they know, isn’t anything to be ashamed of—in fact, it’s a great way to learn faster. 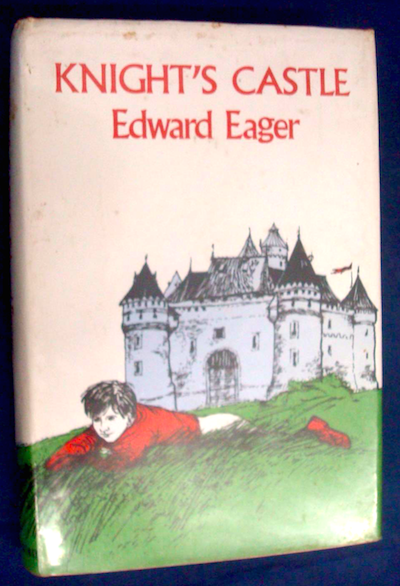 Siblings Roger and Ann, and their cousins Eliza and Jack, discover that a toy castle and a set of figurines allow them to magically enter the world of Ivanhoe — a knights-in-armor adventure (by Sir Walter Scott) set in 12th-century England. Their appearance on the scene makes the story turn out badly. It’s up to them to figure out how the magic works and fix everything.

1958
HAVE SPACE SUIT — WILL TRAVEL
By Robert A. Heinlein

Having won an obsolete space suit in a contest, high-school senior Kip Russell (who wants to study engineering and spacesuit design) fixes it up — and, while wearing it, gets kidnapped by an evil alien in a flying saucer. Outer-space action ensues.

When Professor Bulfinch builds an early computer, middle-schooler Danny Dunn and his pal Irene figure out — through trial and error — how to program it to do their homework. They learn the hard way that computers aren’t really any smarter than the humans who program them. 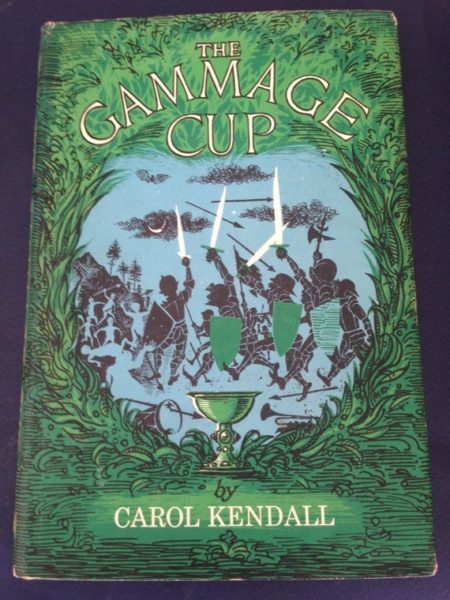 1959
THE GAMMAGE CUP
By Carol Kendall

The Minnipins, who live in the village of Slipper-on-the-Water, consider a woman named Muggles eccentric — in part, because her cottage is crammed with odds and ends that no one regards as valuable. However, when Muggles is banished from the village, along with four others, her independent way of seeing things turns out to be well-suited to the problem of surviving.

It has been suggested that J.K. Rowling got the term “Muggles” from The Gammage Cup. (Who knows?) Its sequel, The Whisper of Glocken, was published in 1965.

Like the Danny Dunn books, Hicks’s Alvin Fernald series (1960–2009) recount the adventures of a talented middle-school inventor. This one is my favorite. A former spy teaches Alvin the history and basics of writing and cracking coded messages. Soon, Alvin must crack a 100-year-old code that leads to treasure.

Fun fact: Clifford B. Hicks was an editor of Popular Mechanics; he wrote the magazine’s Do-It-Yourself Materials Guide and also edited the Do-It-Yourself Encyclopedia.

Jeff, Henry, Dinky, and other members of the Mad Scientists’ Club tinker in a makeshift electronics lab above their town’s hardware store, and use whatever materials they can find to pull off various pranks and stunts. A remote-controlled lake monster is just the beginning.

The author of the Mad Scientists story collections (published in 1965 and 1968) and the novels The Big Kerplop! (1974) and The Big Chunk of Ice (2005) directed an Army program for assistance and safety instruction for amateur rocketeers. Brinley also wrote Rocket Manual for Amateurs (1960). So he knew his stuff. 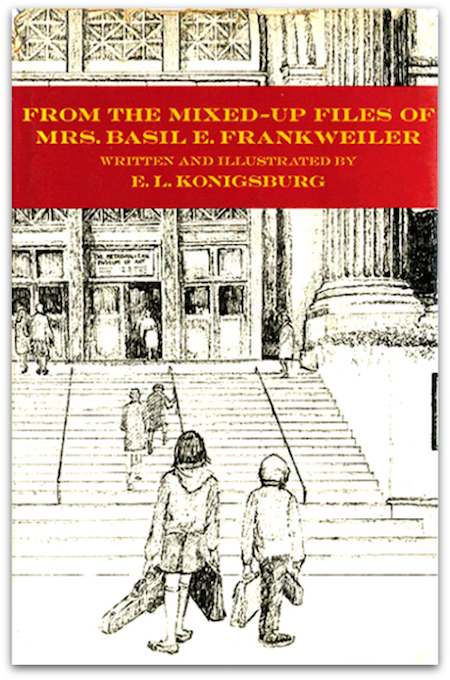 1967
FROM THE MIXED-UP FILES OF MRS. BASIL E. FRANKWEILER
By E. L. Konigsburg

Claudia, an 11-year-old brainiac who feels unappreciated at home, takes her 9-year-old brother along when she runs away to live at New York’s Metropolitan Museum of Art. It’s impossible to read about how Claudia and Jamie survive by their wits (for example: they steal coins from a fountain, in which they bathe, to pay for their meals) without wanting to do exactly the same thing. To top it off, the siblings help crack an art provenance mystery.

Konigsburg won the prestigious Newbery Medal (for Mixed-Up Files) and a runner-up Newbery Honor (for Jennifer, Hecate, Macbeth, William McKinley, and Me, Elizabeth, about proto-goth girls) in the same year.

One of the great maker adventures of all time! A group of super-intelligent former laboratory rats have developed a technologically advanced society beneath a rosebush on Farmer Fitzgibbon’s farm. In exchange for their help moving her home out of the path of the farmer’s plow, the field mouse Mrs. Frisby helps save them from disaster. But the rats still face a philosophical decision: Is it better to live as parasites, or should they strike out on their own?

1978
THE WESTING GAME
By Ellen Raskin

Who “took the life” of multi-millionaire Samuel W. Westing? That’s what the crafty 13-year-old Tabitha Ruth “Turtle” Wexler wants to find out. So do the other 15 heirs to Westing’s fortune; whoever cracks the case will inherit his fortune. The answer to the mystery is concealed in a complex word-puzzle.

Ellen Raskin won a Newbery Medal for this novel, and a Newbery Honor for her 1974 mystery, Figgs & Phantoms. Also well worth reading is Raskin’s The Mysterious Disappearance of Leon (I Mean Noel) (1971), and The Tattooed Potato and Other Clues (1975). 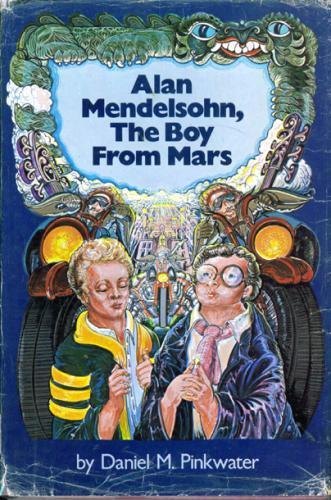 1979
ALAN MENDELSOHN, THE BOY FROM MARS
By Daniel Pinkwater

Unhappy at their conformist and unchallenging suburban high school, two misfit friends — Leonard Neeble and Alan Mendelsohn — visit a funky urban neighborhood, where a bookstore owner sells them a kit for learning telekinesis and mind control. Though he didn’t realize it before, Mendelsohn is a Martian.

Pinkwater writes convincingly and hilariously about young misfits whose unhappiness with ordinary life leads them into wild adventures. Other favorites: the children’s books Lizard Music (1976) and Fat Men from Space (1977); and the young adult books The Worms of Kukumlima (1981) and The Snarkout Boys and the Avocado of Death (1982).

In order to protect a burrowing-owl habitat from being paved over by an unscrupulous corporation, a barefoot runaway boy known only as Mullet Fingers sabotages the construction site using whatever means possible — including alligators. His stepsister, Beatrice, and their new friend, a bullied middle-schooler named Roy, lead a protest.

Fun fact: Hiaasen is a former investigative journalist, who exposed businesses’ schemes to despoil the natural beauty of Florida for profit. Most of his mystery and thriller novels are for grownups, but you will also enjoy his kids’ novels Flush (2005) and Scat (2009).

Twelve-year-old Kate Wetherall is a resourceful, athletic orphan who always carries useful stuff: a Swiss Army knife, a rope, a magnet, and so forth. Along with 11-year-old puzzler Reynie Muldoon, 11-year-old mnemonist (look it up) Sticky Washington, and Constance, a precocious brat, she is recruited for a dangerous mission by the mysterious Mr. Bene- dict. Logic puzzles galore!