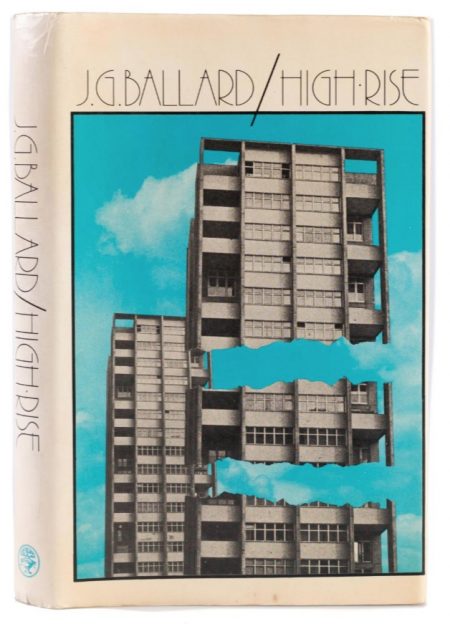 Philip K. Dick’s notion of a “conapt” — a densely populated, self-sufficient human habitat, isolated and isolating — was already a dystopian one, when he introduced it in The Three Stigmata of Palmer Eldritch in 1965. Here, Ballard offers a kind of blood-spattered parable built around a pun: When the social order of his high-rise London apartment complex becomes violently dysfunctional, Richard Wilder, a documentary film-maker who lives on one of the building’s lower floors, literally becomes a social climber — scaling his way upward, to the luxurious penthouse suite. Anthony Royal, the building’s architect, perches there, awaiting his fate with a certain oblivious detachment. Our protagonist, Robert Laing, lives in-between these two characters; although he aspires to be as coolly uninvolved as Royal, Laing gets caught up in and enjoys the regressive mayhem: fighting in gangs, raiding and vandalizing other floors, killing pets, taking women. (It’s all straight out of David Bowie’s 1974 song “Diamond Dogs.”) As in Crash (1973) and Concrete Island (1974), Ballard is concerned about the deleterious effects of our advanced mode of life; note that life outside the titular high-rise goes on as usual.

Fun fact: High-Rise was one of Joy Division singer Ian Curtis’s favorite books. It was adapted into a 2015 film of the same name, starring Tom Hiddleston, Jeremy Irons, and Sienna Miller, by director Ben Wheatley.