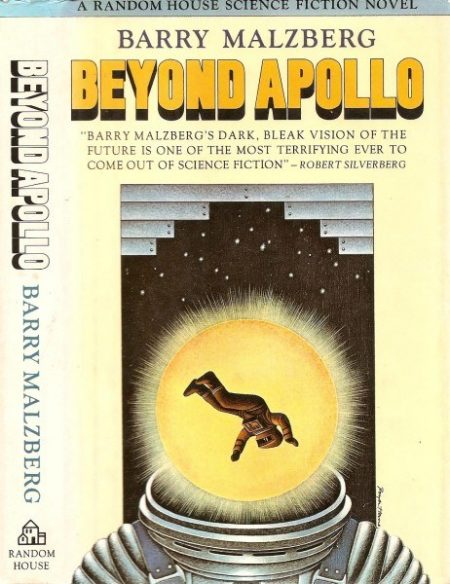 A two-man mission to Venus fails, and its captain is killed; NASA inters Harry M. Evans, the surviving astronaut, in an insane asylum — and interrogates him. What went wrong? We’ll never know: Evans’s story shifts constantly. He killed the Captain; the Captain tried to kill him; Venusians killed the Captain; he is the Captain, disguised as Evans. (Was there a Captain, in the first place)? Humankind, the reader begins to infer, isn’t mentally equipped to cope with the claustrophobia and dislocation of space exploration. Evans, or “Evans,” who confesses to wanting to write a novel, has become a story-generating machine, recounting memories (or fabricated memories), dream conversations, possible explanations and endings, sexual fantasies (or realities), and cryptograms. Is Evans’s approach to truth/reality — playful, evasive, inconclusive, a thousand flashes of illumination rather than a reliable source of light — a step forward in human evolution? Or is he just insane? Don’t read this book for the plot; read it for the exercise.

Fun facts: Beyond Apollo won the inaugural John W. Campbell Memorial Award for Best Science Fiction Novel. Detractors claimed that this was an insult to the memory of Campbell, the Golden Age sci-fi author and editor whose name was synonymous with the wonder of space exploration.