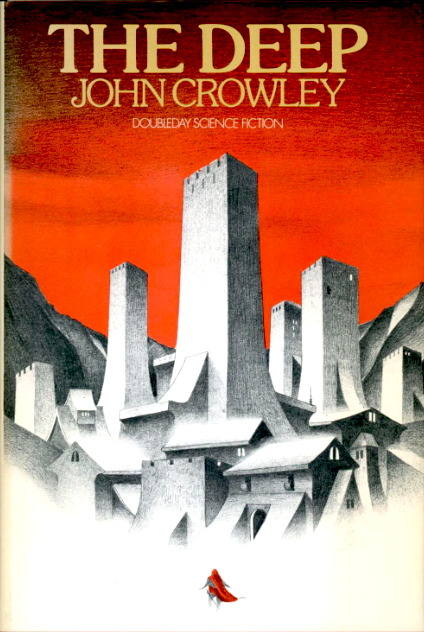 A checkerboard-like medieval kingdom is housed on a circular plane balanced atop a pillar that emerges from The Deep, an abyss inhabited by an entity known as The Leviathan. Although Crowley’s first novel is not a particularly long one, its scope is truly epic. Through the eyes of a strange visitor from off-world, a genderless android who immediately loses its memory, we witness a complex War of the Roses-esque struggle between “Red” and “Black” factions, not to mention musket-wielding rebels (The Just) and a fractured nobility (The Protectors); there are many characters, each of whom will interact with every other character before all is said and done. The Visitor is a kind of recording angel; was it sent here by Leviathan (God)? If not, what is its purpose? What’s outside this world? Is this all some kind of puppet show or game? One is reminded not only of George R.R. Martin’s Westeros series, but of the recent Westworld remake. Crowley’s writing is lyrical, and there are thrills and chills galore: swords and sorcery, a rooftop escape, a journey through a marsh, a climb towards the edge of the world!

Fun fact: Crowley is best known for his amazing 1981 novel Little, Big, which has been called “a neglected masterpiece” by Harold Bloom, and other works of fantasy. His earliest novels, however, including Beasts (1976) and Engine Summer (1979), were science fictions.