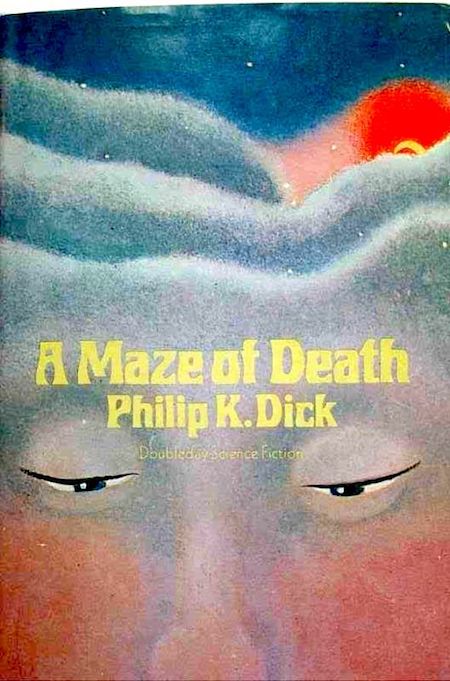 “My books (& stories) are intellectual (conceptual) mazes,” Dick would later reflect in his Exegesis, “& I am in an intellectual maze in trying to figure out our situation (who we are & how we look into the world, & world as illusion, etc.) because the situation is a maze.” This proto-gnostic apophenic thriller, written in 1968 and inspired in part by the author’s only LSD trip, is perhaps Dick’s maze-iest. One by one, fourteen human colonists, none of whom understands their collective mission, are transferred to the planet Delmak-O — which is populated by gelatinous cubes who offer advice in the form of I Ching-like anagrams. A naturalist, a linguist, a geologist, a theologian, a physician, a pyschologist, and so forth: They are each eccentric and disgruntled, particularly once they begin to die off. What is the factory-like building towards which they are drawn? Are they trapped in a maze — being observed and experimented upon? Or are they perhaps dead — or in some kind of limbo state? Lost fans, read this one.

Fun fact: Except for Ubik, this is the book Dick most frequently references in his Exegesis. 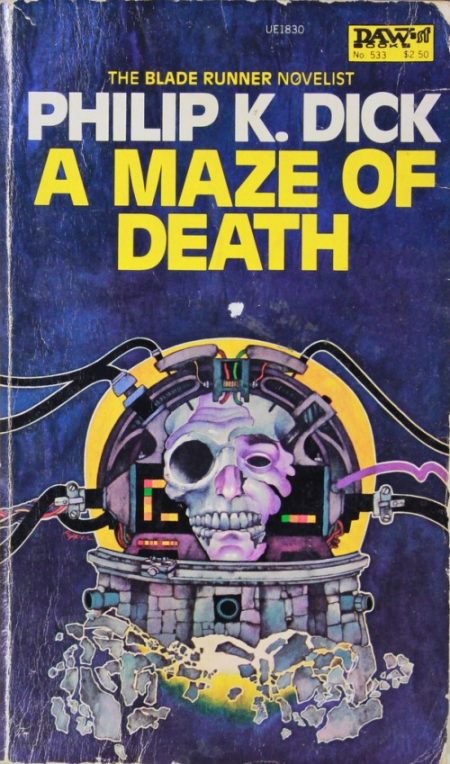