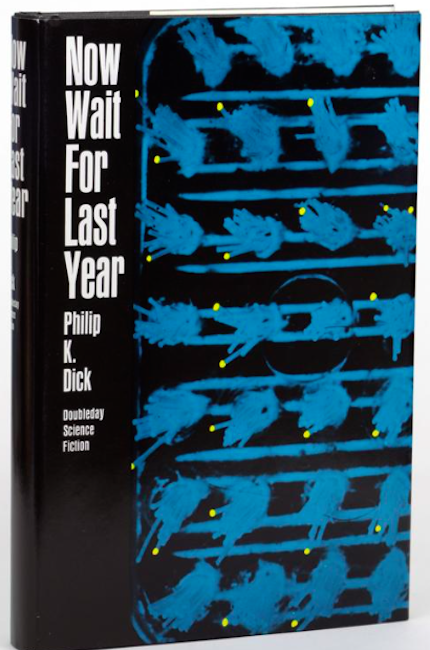 In the near future, Terra — a unified Earth, the elected dictator of which is UN Secretary General Gino “the Mole” Molinari — has become entangled in a war between an insect race (the reegs) and a humanoid race (the ’Starmen, from the planet Lilistar). Terra is on the wrong side of the war; their allies, the fascistic ’Starmen, may be out to exploit Terra’s natural resources. Dr. Eric Sweetscent, an organ-transplant surgeon asked to secretly tend to Molanari, who has developed a psychosomatic ailment in which he suffers along with anyone near who him who is in any kind of pain, gets involved in Terra-Lilistar politics. His wife Kathy, meanwhile, becomes addicted to JJ-180, a new hallucinogen (which may have been invented by the reegs as a chemical weapon) that causes her to move forwards, backwards, and sideways through time… and she is forced to spy on Sweetscent — by the ’Starmen. Sweetscent and Molinari time-travel, as well… leading them to wonder how valuable the intel they’re picking up from alternative past and present histories is for their current situation.

Fun fact: Dick was very fond of his Molinari character, whom he described as a blend of Christ, Lincoln, and… Mussolini, for whom he harbored a certain (non-fascist) sympathy. 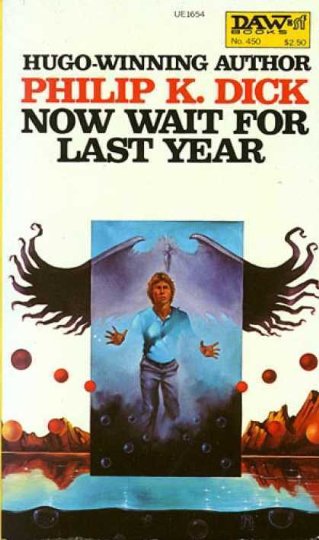