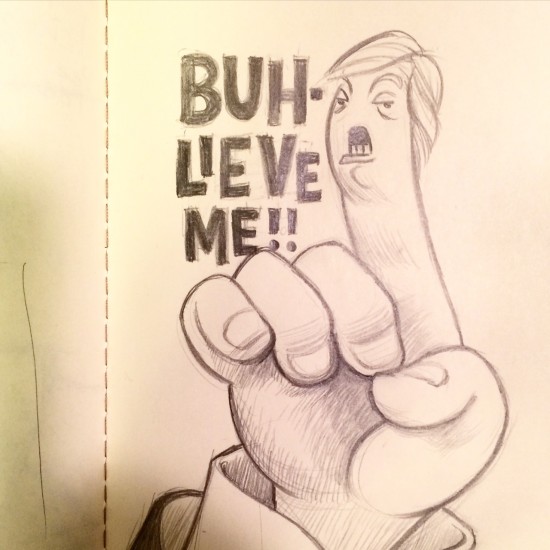 That thing Drumpf does with his finger.
ALL POSTS IN THIS SERIES
***