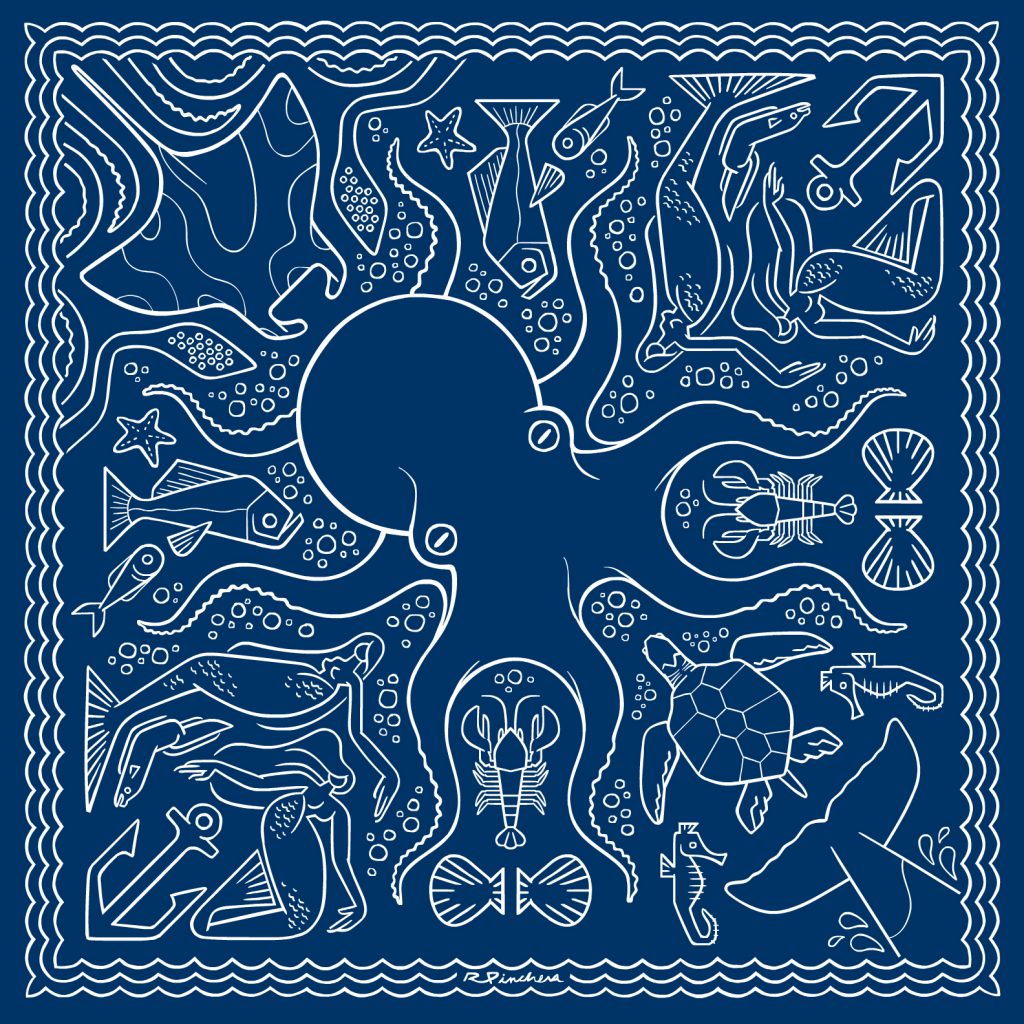 I wear glasses and they fog up with most covid masks. I tried a bandana as an alternative and it worked better (for the glasses, probably less so for covid itself). As an illustrator, I have a bucket list of sorts — beer can, vinyl album, book cover etc. Just stuff in the back of my head. Sometimes, randomly, things get produced that I didn’t even know were on the list, like designing a pinball machine! Bandanas always seemed like a great canvas for illustration and if they could be useful during the pandemic, why not actually design one?

With the months turning toward summer, I decided on a sea-life theme and kept it pretty simple. With the help of a screen printer, these got produced and were ready to go. In return for sending them out, I asked that folks donate to the social justice organization of their choosing, in any amount. I didn’t ask for evidence, but many people sent a receipt anyway, demonstrating their generosity. The first batch sold out quickly and a second run was ready by the end of the summer.

It was at this point that I decided that, going forward, any money I made on any of my side projects would go to nonprofits — social justice, climate change and youth arts organizations. As helpless as I have often felt in 2020, I have been able to find some satisfaction in getting at least a small amount of money in the hands of people doing the real work.