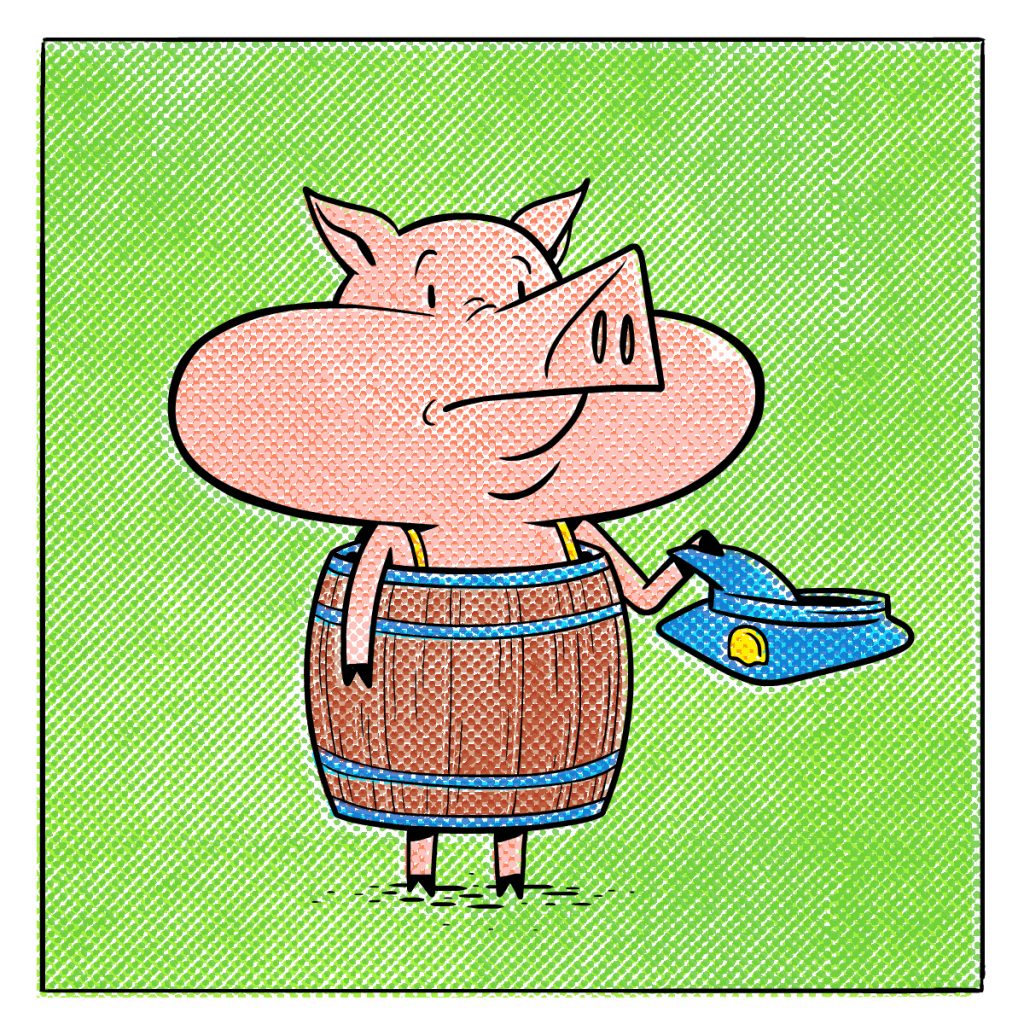 The phrase “defund the police” is undeniably jarring if you’ve never heard it before. It immediately raises questions: Do they mean take away ALL of their money? Abolish police as an institution? Who will stand there looking at their cell phones while road work is being done?

My son explained the term to me — and more importantly — what the facts about policing in America are and why it is a worthy proposal. It was one of those great parenting moments, having my child prod my progressiveness to see what it was made of.

For this illustration, I took a lighter tone. It probably started with the barrel concept, the shorthand from old comics and cartoons that meant someone was poor. (Apparently they were so poor they couldn’t afford one pair of pants… but barrels were just lying around everywhere and would make an easy substitute?) I tried to give the illustration an old-fashioned quality to match. It’s a quaint take on a horrible, enduring issue. One that can’t really stand up to the direct emotional power of a Blue Lives Matter bumper sticker or flag — a symbol that now stands out to me like a middle finger to anyone who questions unchecked privilege.