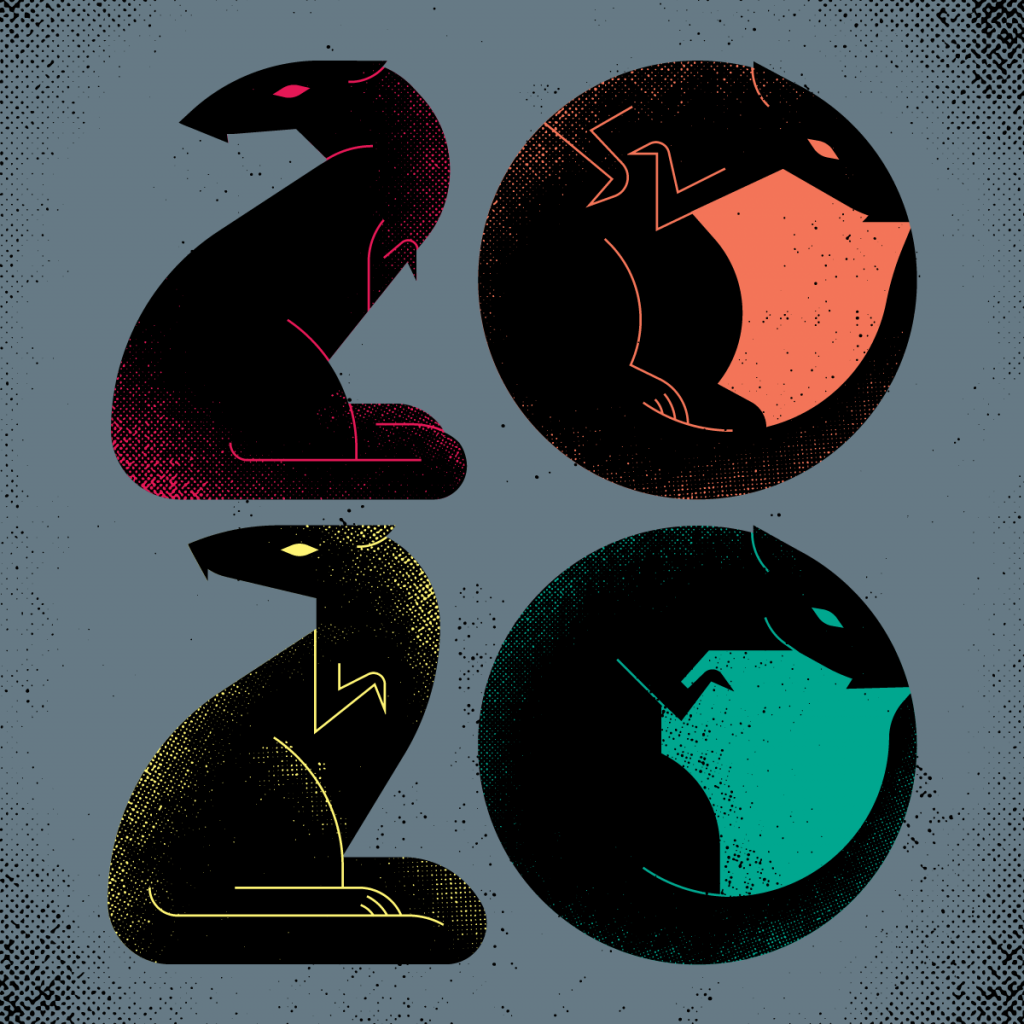 Looking back on the work I’ve completed in a calendar year is not something I’m prone to do, mainly because I see all the things I would have done differently. But I’m grateful for the opportunity (afforded by this HILOBROW series) to look back at 2020. The circumstances that trapped us in our homes and challenged us to respond throughout the past year gave me no shortage of material to joke about, be angry with, and attempt to move beyond.

In the Chinese Lunar Calendar, 2020 was the Year of the Rat. Rats are twisty and stretchy and they can conform to the shapes of numbers easily, so that was an attractive concept to work with. The Rat is representative of wealth and surplus, and people born in the Year of the Rat are considered optimistic, energetic and likable. It seems I ignored all that, however, and depicted these rats in a more typically Western fashion. They are dark and gritty, they look sneaky and suspicious. What did they know about 2020? I certainly couldn’t fathom what the year would bring, but it’s fun to imagine these creatures preparing to run, burrow and fight when backed into a corner because of the dangers that lurked ahead. Or, seen another way, they were the danger that lurked, bringing plague to unsuspecting humans.