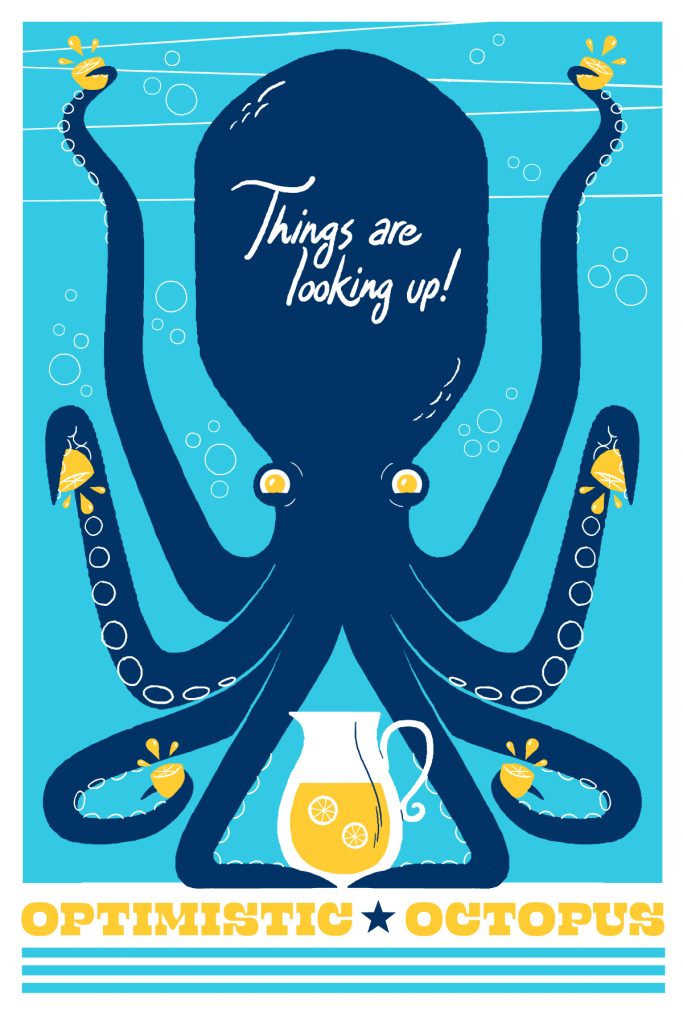 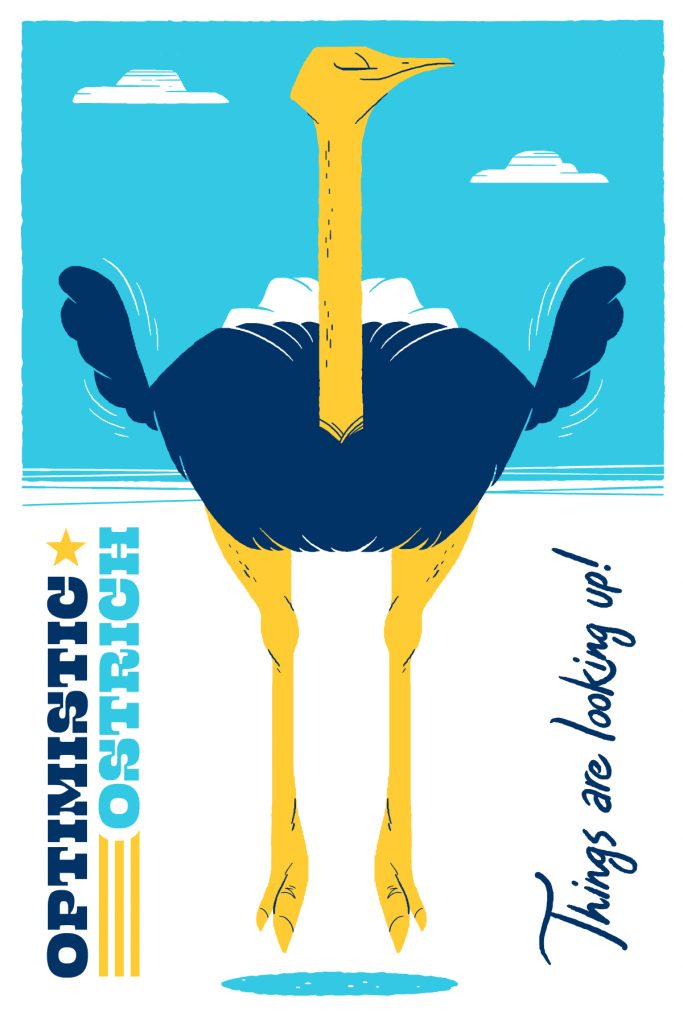 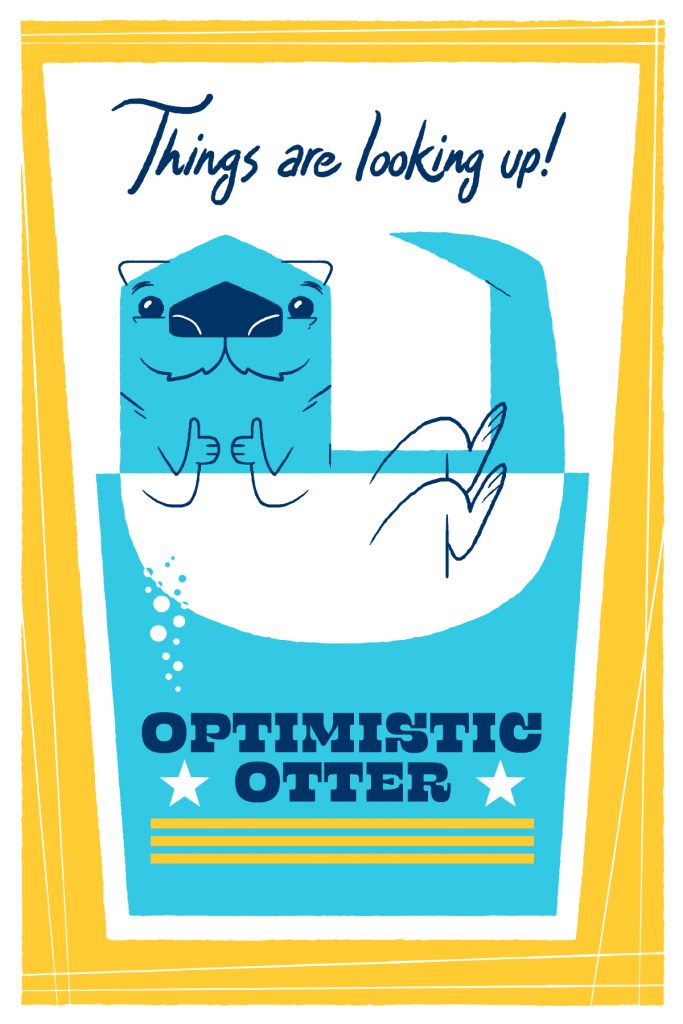 Immediately after Joe Biden won the presidency, I got into one of those conversations where it was declared that it didn’t matter, nothing would get done and that Democrats are their own worst enemies. On literally the day that we learned that we were unshackled from another four years of Trump’s presidency, these were the thoughts of people who probably hated Trump as much as I did. And I’m sure they were not alone.

This is how we are to an extent, how we’ve been built. To always know, and to make sure everyone else knows, that this victory you are celebrating is no victory at all. I’d be lying if I hadn’t taken that stand myself, in the past. Sometimes I even have real reason to feel hopeless. But by true nature I am not pessimistic. I can be cynical, frustrated and scared, but I often try to look for the solution, the way out, the reason to keep going.

These screen-printed postcards are me willing myself toward optimism. I tried to have fun, be silly and find a way to spread something positive in a time with so little joy. On the back of the postcard I created space for someone to write 3 things they are optimistic about. They could be anything — something small about your kids or your job or the Celtics. Or even something big like a successful Biden presidency. I just wanted to create a place to pause, think about it and register the fact that it’s not all bad news.

If we want to be pessimistic about anything, it should be that even though we know that bad news gets consumed at a much higher rate, we give in to those that thrust it upon us, allowing little room for much else.

Drawing Optimistic Otter, Optimistic Ostrich and Optimistic Octopus is how I wanted 2020 to end for me. The troubles don’t end at the end of a calendar year, but the hope doesn’t have to either.