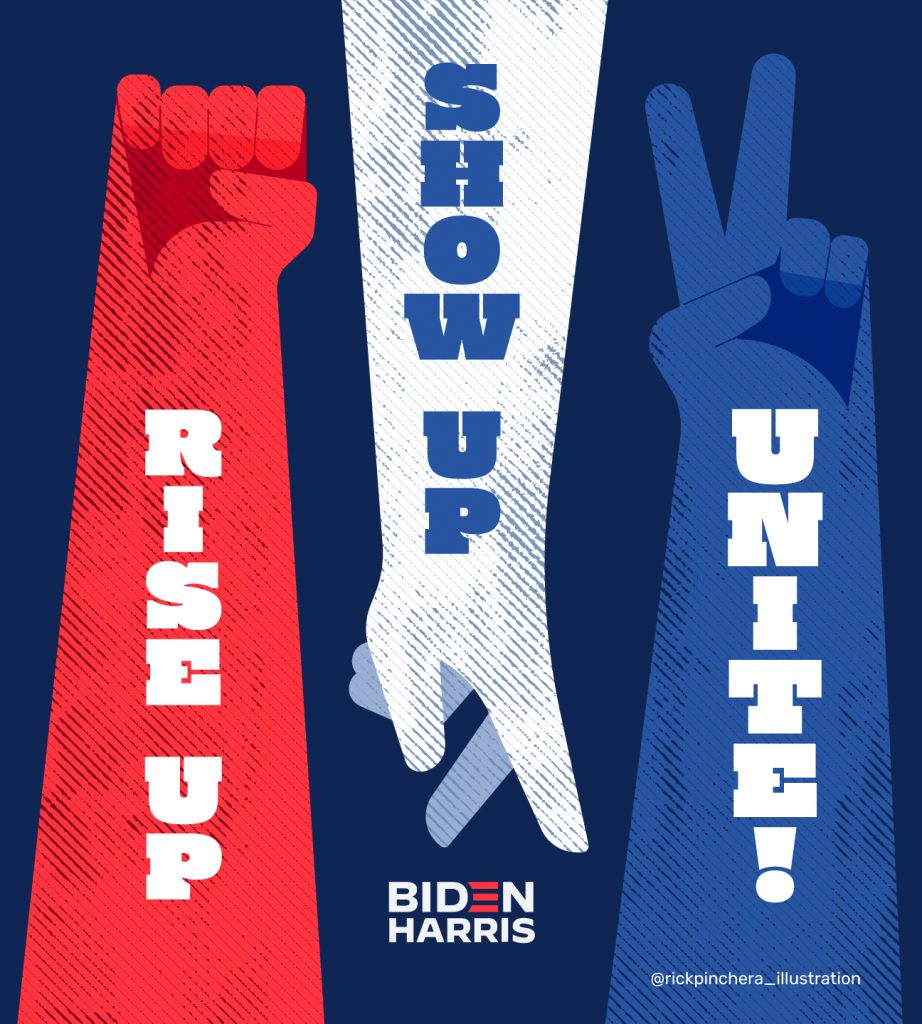 Jessica Hische, a well-known graphic designer who specializes in lettering and typography, had been in contact with the Biden/Harris campaign about doing some visual work for them. Apparently there was some coalescence around the slogan Rise Up, Show Up, Unite that could hopefully help get out the vote. She reached out to other celebrity designers and asked them to contribute images using that phrase. Eventually she opened it up to anyone who wanted to contribute and post them on instagram.

Here is mine. I had been doing some work with hands in my day job and on some other side projects, so I kept going in that direction. Hands, hearts, and eyes are the holy trinity of design cliches, but I thought that the design was good enough to risk falling into that trap.

I’m fairly certain this image is what clinched it for the Dems, but who can really tell.