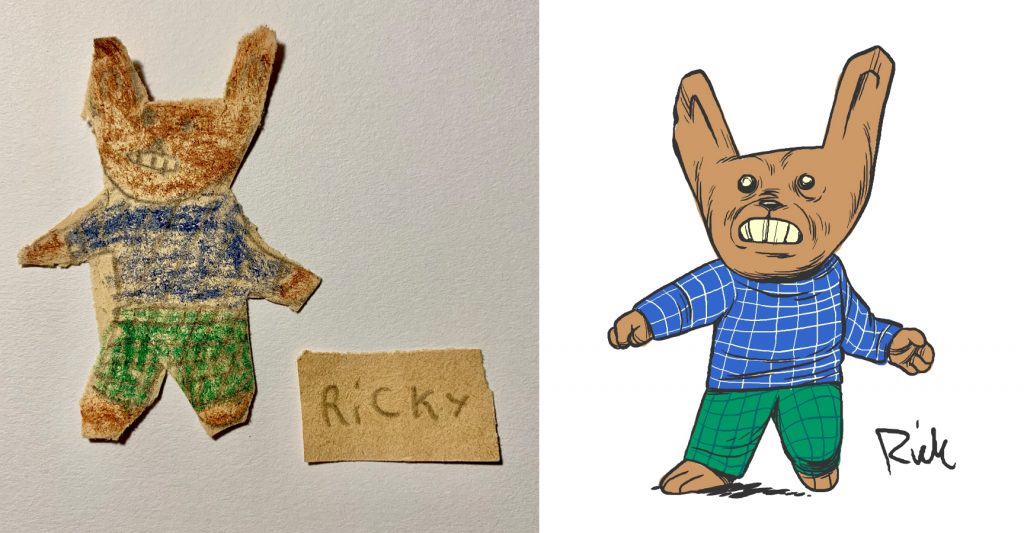 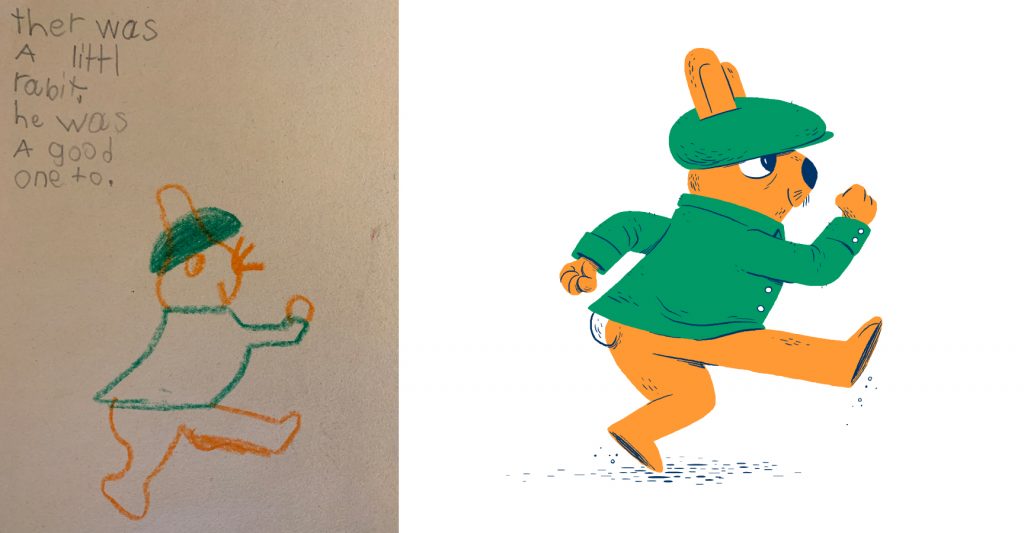 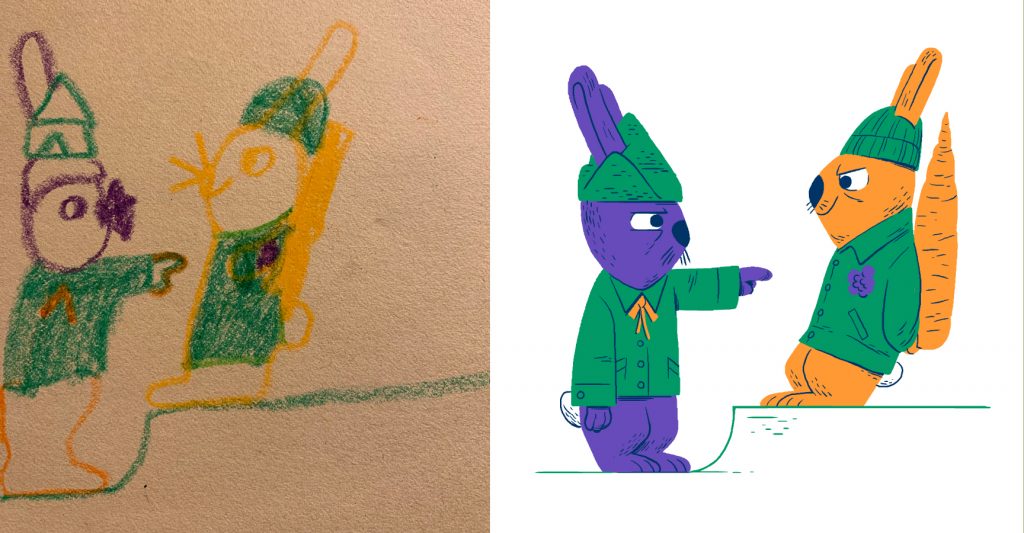 Spending so much time at home during 2020 wasn’t all bad. I spent a lot of time getting ridding of stuff. “We may as well go through that big plastic bin of old art and ephemera. We may as well purge the basement.”

My wife found these childhood drawings of mine in a pile of other ancient papers. I’m not the first to do this, but I took the opportunity to redo the drawings of a 5-year old, as a 51-year-old. It was fun! It was an exercise without meaning, goals, challenges, anger, frustration. It’s how I felt when I drew them the first time.

If I had to guess, the bunnies probably have something to do with having Richard Scarry books around as a child. But what are these bunnies doing, especially those two who I interpreted as arguing over a giant carrot? I love that I don’t really know. But I also love that I know I did them. I sat down with crayons, a long time ago and put these characters down on a page. My parents probably told me they were good and set them aside. That was enough to let me know I should do more.