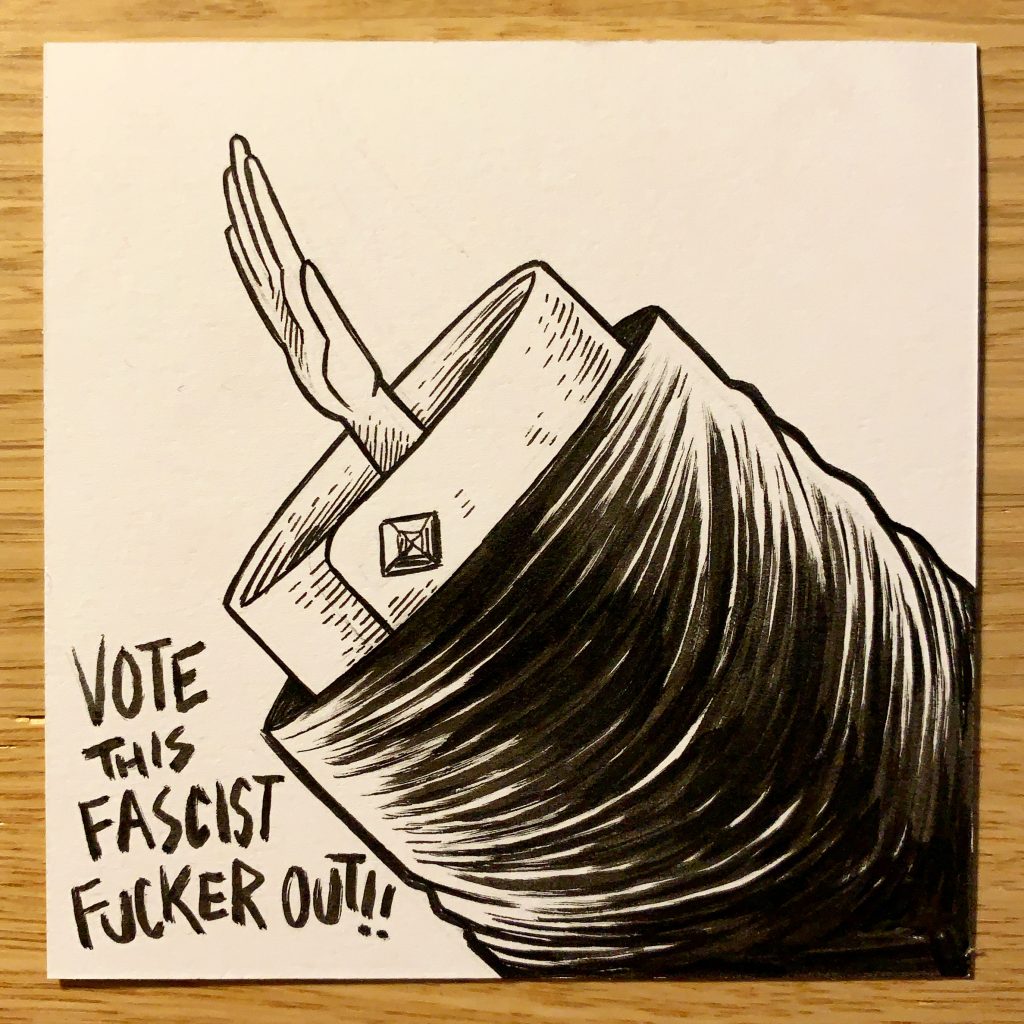 Vote This Fascist Fucker Out! — October 29

Inktober is an annual event in which illustrators create an image every day during the month of October using traditional materials — preferably ink — instead of digital tools.

I was on a roll with “hands” so I made my own theme of doing different famous hands for the challenge. Most were monsters or creatures from film or mythology, and felt appropriate for the Halloween season. Toward the end of the month, with the election heat really getting turned up, I got political with a few of them.

For the longest time I had avoided drawing Trump. Before his presidency I was all over this clown. I did a Daily Drumpf (haha) drawing, calling out his cons, his weird speech pattern and his flirtatiousness with fascism and white supremacy. But during the waking nightmare of his term, I could hardly ever laugh at the guy. This drawing does not laugh at him either, really. Yes the tiny hand joke is there, but even a tiny hand making a Nazi salute is not funny. Like so many others, I was desperate for him to go.

As I write this, he is being impeached for the 2nd time. Who knows what his situation will be when this is published. I hope it is something akin to the next piece I write about in this series.