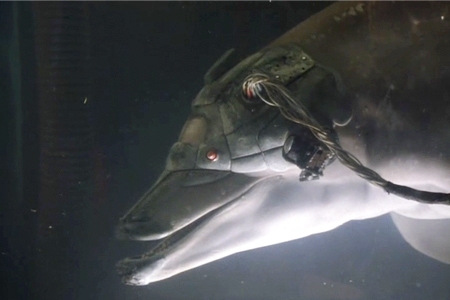 Over the weekend I tried to watch Johnny Mnemonic, but quickly tired of it, and started checking my email. It was released in 1995 but feels like 1985. I haven’t completely written it off — how can I, with Robert Longo, William Gibson, and a cyberpunk dolphin — but it needs either the grit of Max Headroom or full-on kitsch of the Wild Palms miniseries. Then I tried to watch Transcendence. It was released in 2014 but feels like the fears and fantasy of 2004. Why is Hollywood so often a decade behind the culture of the technology it depicts?

Indie genre films will be the first to get it right. Not quite what I’m looking for, but Unfriended was surprisingly compelling. I didn’t know about it when I filmed this at Artists Space last summer:

By now there should be more examples of criticism and satire of start-up culture and internet in everyday life. I would love to read a book about Hollywood vs. Silicon Valley. That’s why I’m fascinated with how terrible the movie Steve Jobs came out.

I’m fascinated with lots of bad movies because then the roles and responsibilities of various film crew are visible. People generally don’t notice sound, cinematography, acting, even script unless it isn’t working. Steve Jobs is loud about how it doesn’t work. Danny Boyle — never a confident director, but at his best, an enthusiastic one — is lost in the material. And Aaron Sorkin appears to have skimmed through everything about technology in Walter Isaacson’s book — maybe, 85% of the book — to write a script that zeros in on the Apple co-founder’s family.

Sure, a lot of us scroll to the “personal life” section of a biography on Wikipedia first. But if you are hired to write a biopic script about someone integral to the mass production of personal computers, among other innovations, would it hurt to click on the section about the Homebrew Computer Club too? In the Sony hack emails, studio executives said it might be their Citizen Kane. What’s interesting is that it could have been. Hollywood is less beholden to Silicon Valley than the film industry was to newspapers when Orson Welles took on William Randolph Hearst. But structural independence and the power to be critical can not will a critical movie into existence. The problem is the movie was written by someone who thinks computers are boing and the internet is full of meanies. 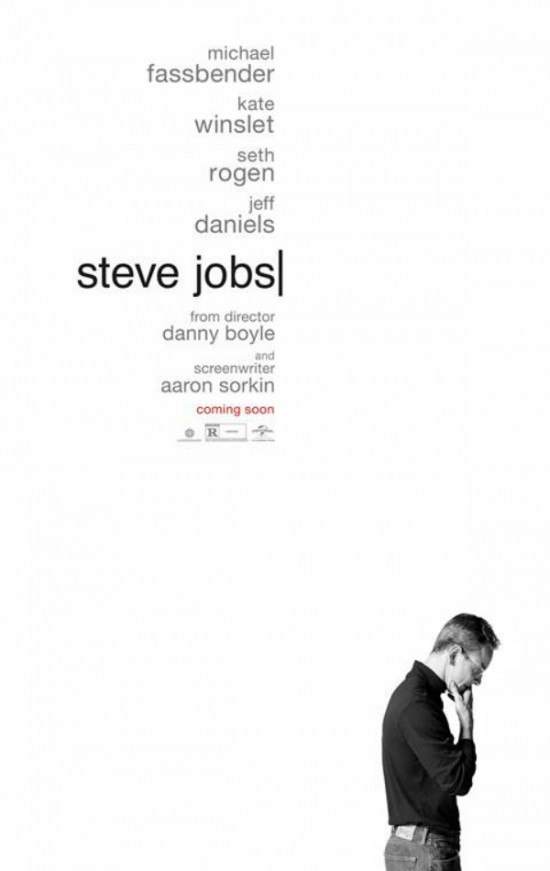 While a little too on the nose, I thought the structure — like a three-act play set before three major product launches — worked. People in his life are coming and going, confronting him in flashbacks and in powerful exchanges transposed from wherever location events took place to backstage before curtain call. Boyle cleverly shot each of the three acts in 16mm, 35mm, then digital film corresponding with the era. And I like one brief exchange, straight out of the preface of the Walter Isaacson book, when a journalist asks if the rainbow striped Apple logo is a tribute to Alan Turning. Jobs replies, “No, but wouldn’t it be great if it were?” Even still, I tried watching it a second time with my eyes closed for several minutes and missed nothing. Why is this a film? Why isn’t it a radio play? A podcast series? Or a book? Oh, right. It already was a book. The Isaacson biography is not bad as far as authorized biographies go and accessible to people that wouldn’t normally read books about the history of computers. But the final third of the book is absent of criticism. Foxconn isn’t even mentioned once.

The film misfires in where it attempts to avoid the book’s hagiography. Because it’s Sorkin he looks for conflict and the few characters he included are those in the book with whom Jobs clashed: longtime employee Joanna Hoffman, John Scully, Lisa, and Steve Wozniak, who is so unidentifiable by the character’s motivation it would have better served the story if Seth Rogan had played a composite character. As Joanna, Kate Winslet is all Cathy comic humor and knowing eyerolls, More of an eyerolling enabler kind of working woman that Meryl Streep played in the 80s than someone who convincingly stood up to him. Michael Fassbender only comes to life when Katherine Waterston is on the screen, as his daughter’s mother, because that’s when the script comes to life. The actor plays just another cold workaholic dad here, missing both the Gatsby like larger than life characterization in the Isaacson book (Dude got Ella Fitzgerald to sing “The boy from Cupertino” to him for his 30th birthday) and the extremely unpleasant way he’s physically present in Isaacson’s characterization (smelled awful, executives begged him to shower regularly, and cried constantly, unable to control his emotions in conflict or joy.) Jobs was full of whimsy and manipulation, poison and wonder, but none of that is in this performance. As a character-driven film, it is bewildering why the filmmakers contained and downsized this character. I keep calling this movie “Steve Jobs is a Bad Dad” since it seems like everyone is bluffing through references to “Chiat Day” and “graphical interfaces” waiting for Lisa (his eldest daughter,) to show up or come up again in conversation.

There’s something amusing and fitting that Steve Jobs would be so thoroughly mediocre when its subject despised mediocrity. What’s disappointing is that the film reveals Hollywood may be too inflexible and incurious to take on the tech sector anytime soon.