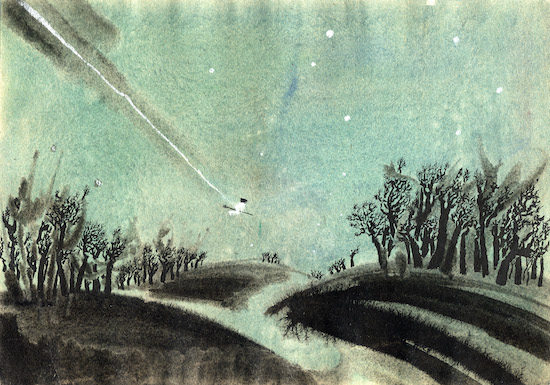 …and Margarita rode slowly through the air up to a chalk cliff. Beyond this cliff, down in the shadows, lay a river. Mist hung clinging to the bushes at the foot of the cliff…