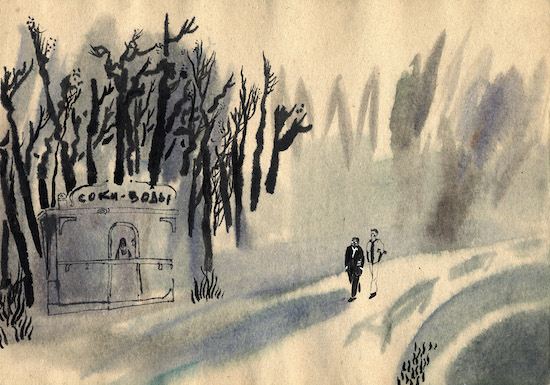 At the hour of the hot spring sunset two citizens appeared…
— from Chapter 1: Never Talk with Strangers