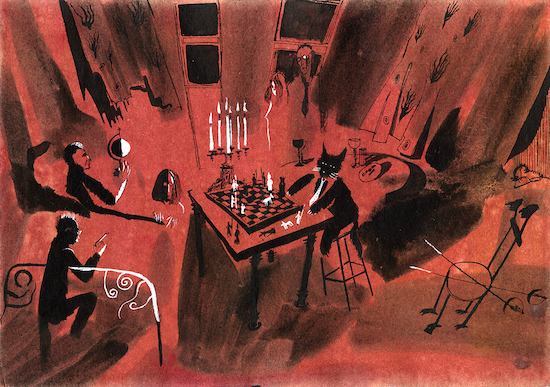 Besides these, there was also a huge black tom-cat in the room, sitting on a high tabouret before the chess table, holding a chess knight in his right paw.

— from Chapter 22: By Candlelight