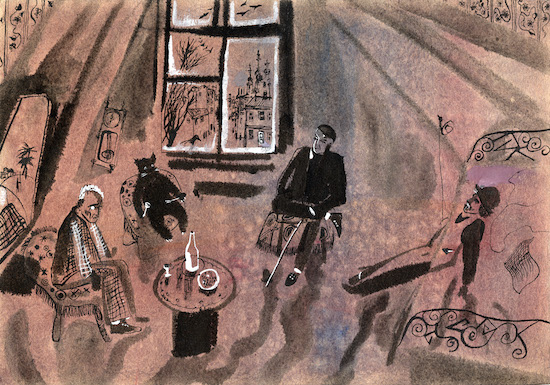 “Yesterday you were so good as to do some conjuring tricks…”

“I?” the magician exclaimed in amazement. “Good gracious, it’s somehow even unbecoming to me!”