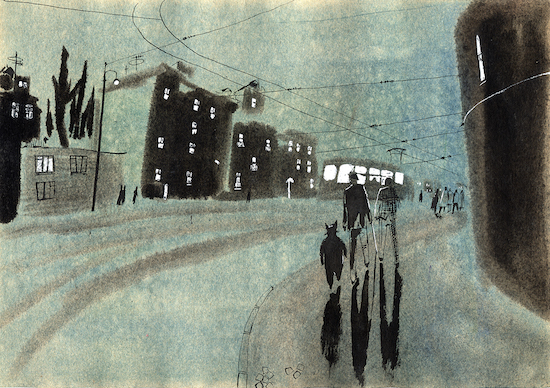 [T]he third in this company proved to be a tom-cat, who appeared out of nowhere, huge as a hog, black as soot or as a rook, and with a desperate cavalryman’s whiskers. The trio set off down Patriarch’s Lane, the cat walking on his hind legs.

— from Chapter 4: The Chase