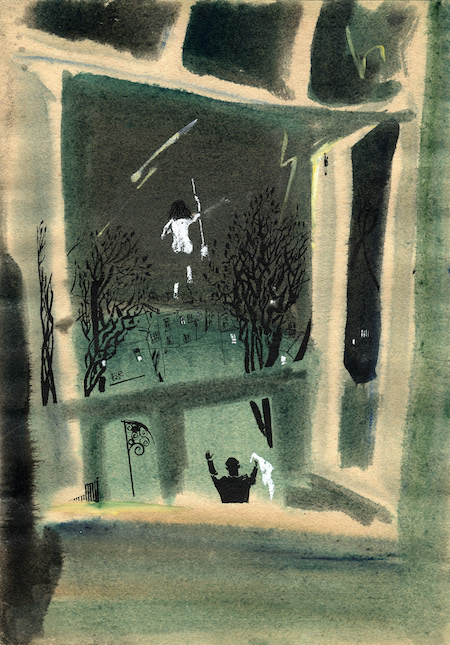 “Farewell, Natasha!” Margarita cried and reared up on the broom…

And after her flew the completely insane waltz.