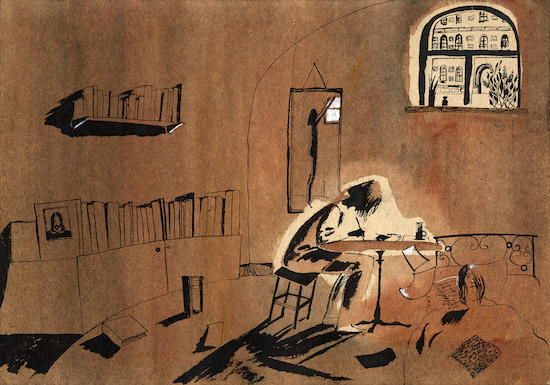 The man who called himself a master worked feverishly on his novel, and this novel also absorbed the unknown woman…

She foretold fame, she urged him on, and it was then that she began to call him a master.

— from Chapter 13: The Hero Enters