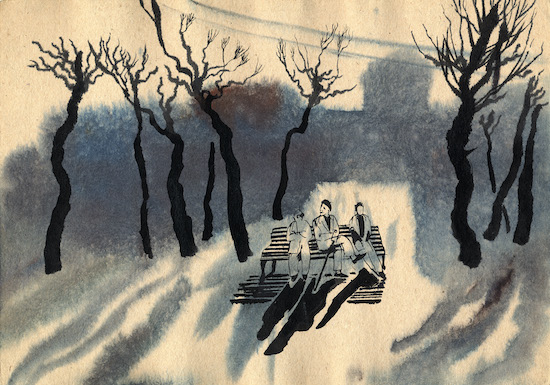 “May I sit down?” the foreigner asked politely, and the friends somehow involuntarily moved apart; the foreigner adroitly sat down between them and at once entered into the conversation…

“But here is a question that is troubling me: if there is no God, then, one may ask, who governs human life and, in general, the whole order of things on earth?”

— from Chapter 1: Never Talk with Strangers