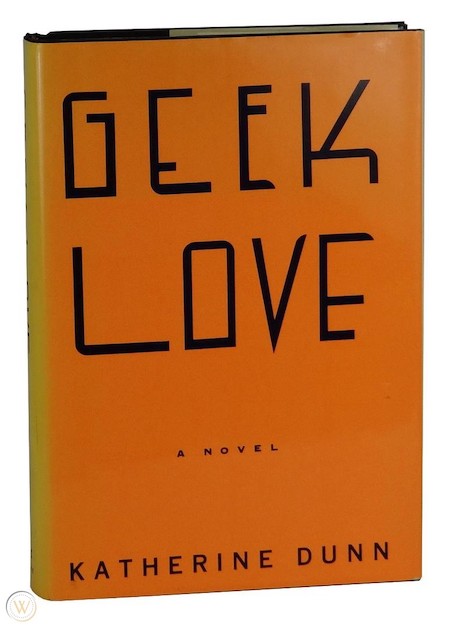 The Binewskis are in the traveling circus business; to that end, father and mother have used amphetamines, arsenic, and radioisotopes on their unborn children… purposely breeding a one-family freak show. Arturo, who has flippers for limbs, is known as Aquaboy; Iphigenia and Electra are conjoined twins; and Olympia, the book’s narrator, is an albino hunchback. Only Chick, the youngest, appears unremarkable. There are two story lines, here. One, a picaresque set in the past, follows the family from town to town as the kids get older. Arty, a megalomaniac, founds a cult (“Arturism”) devoted to the pursuit of “Peace, Isolation, Purity” by means of limb-amputation; his one-man freak show threatens the Binewskis’ livelihood, which leads to strife. The other story, set in the present, is an Imitation of Life-esque melodrama about Oly’s daughter, Miranda, who was abandoned as an infant. Miranda has fallen into the clutches of a deranged wealthy woman who wants the teenager to undergo cosmetic surgery, to make her look “normal.” And then there’s the saga of Chick, whose telekinetic power is terrifying.

Fun facts: This book was a big deal, among some of us, when it appeared; it predicted the carnivalesque atmosphere of 1990s-era youth culture. And Dunn, a terrific writer unlike any other, came out of nowhere. Even the cover art — designed by Chip Kidd — was ahead of its time, eschewing “good” typography and illustration for… something weird, “lame.” Tim Burton aquired the film rights, at one point; the Wachowskis — cool, confident freaks who could have been Binewskis — were also interested.