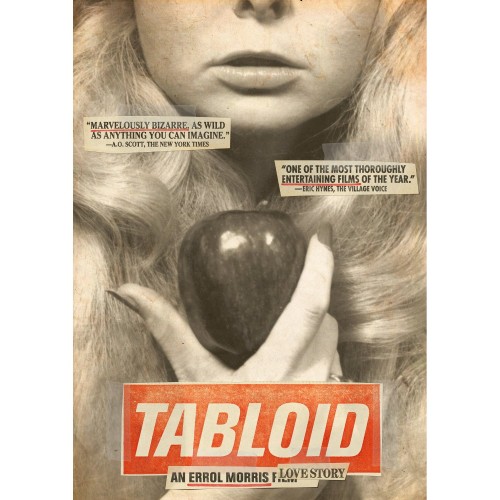 Over the span of his career, Errol Morris has been two different directors. One is an epistemologist, a clear-eyed, if somewhat bemused, analytical philosopher, whose main preoccupations are the nature of truth, the limits of evidence, the fallibility of perception and the pitfalls of self-delusion. The other is an ethnologist of vernacular American craziness, which is to say, a devoted student and faithful recorder of the often musical and sometimes oracular speech of ordinary American nutjobs.

I’d put Thin Blue Line, Dr. Death, and Standard Operating Procedure in the first group and Vernon, Florida, Gates of Heaven, and Fast Cheap and Out of Control in the second, but of course, sometimes the two Morrises meet. Think of the scene in Vernon, Florida where an elderly couple shows off a mason jar full of “growing” sand they brought back from a family vacation to Los Alamos — sand they are convinced is growing in the jar, as it is growing in the desert from which it came, at a rate of fourteen feet a year, growing to where it will soon cover the town where Billy the Kid was shot.

There’s the story (is it a tall tale, a Cold War fable, or a mystic belief about the power of radiation?), and then there’s the visible proof — which, really, is no proof at all. It’s typical of Morris, who is at his best in moment like this when he probes the gap, between the outrageous fucking fictions we tell ourselves and the humble physical facts that are supposed to tether them to the world. 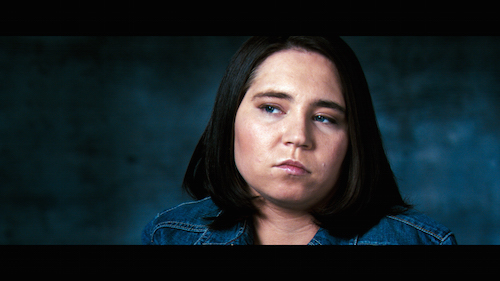 Standard Operating Procedure, Morris’ movie about Abu Ghraib, was all about deconstructing evidence. Everything we thought we saw in those photographs was really something else. The tortures they seemed to depict were staged, while the worst crimes — and murders — happened just off stage. The Pentagon’s “few bad seeds” were cover for abuses that went all the way up the chain of command. The Americans doing the torturing — hillbilly racists acting out of ignorance and bigotry — turn out to be regular soldiers taking orders from the CIA.

This last realization was the most uncomfortable for me, worse than the official lies, because it brought home the extent to which my own response to the photographs had been conditioned by a specious rhetoric which allowed the blame for Abu Ghraib to slide right off the Pentagon and onto the sexual mores and intellectual capacities of West Virginia, as if that magic word and the nimbus of GEDs and unwed mother that hung around it in the national conversation about Lynndie England could explain all the cruelty in them. That, and the revelation that there was a children’s wing in Abu Ghraib. 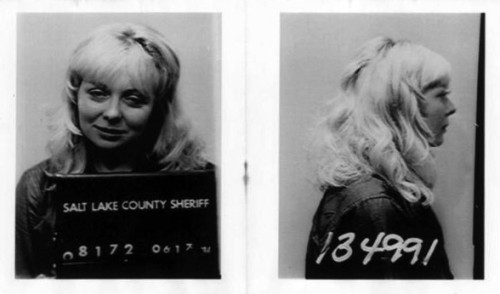 Errol Morris’ newest film, Tabloid, is a turn away from politics and a return to the territory of misfits and pet lovers he staked out in his first two films, Gates of Heaven and Vernon, Florida, although the story it tells is much tawdrier, a completely beguiling mix of sexual obsession, media frenzy, and middle American lunacy. Its protagonist is a former North Carolina pageant queen named Joyce McKinney, who in 1977 was alleged in court to have kidnapped a Mormon missionary named Kirk Anderson from the parking lot of his church outside London. She then drove him to a secluded Devon cottage, where he was kept for three nights, chained to a bed and subjected to round after round of non-consensual sex. Or, to hear McKinney tell it, where the two shared a romantic and entirely voluntary getaway that was only marred after the fact by the machinations of the Mormon Church.

The story, known variously as “the Mormon sex in chains case” and “the Case of the Manacled Mormon,” was a tabloid sensation in England. Rival papers fought to gain access to Joyce McKinney, and to dig up things about her past. McKinney fed one paper her version of the story, while another created its own out of sources back in her then home-town of L.A.

Morris makes use of this he-said-she-said dueling banjos/Rashomon structure to retell the case. Tabloid is built out of just a handful of interviews: with McKinney, two tabloid journalists (one of whom comes off as winningly incorrigible and the other as just loathsome), plus one or two peripheral figures. Morris rounds things out with a dash of archival footage, some busy newspaper-style graphics and playfully mocking 72-point over-titles. As the two sides tell their competing versions, McKinney’s story becomes ever more bizarre and inexplicable. It isn’t so much suspenseful as continuously flabbergasting. For a while it seems like the story of a weirdly determined individual confronting a mad institution before spiraling off into cheerful sordidness and clinical eccentricity. My favorite moment comes when McKinney and her accomplice skip bail in England and flee to Canada disguised as part of a deaf-mute actor troupe. Another comes with diverging descriptions of Kirk, the love interest who was either a beautiful all-American boy or a three-hundred pound brainwashed oaf.

Tabloid has none of the visual flourishes of Morris’ previous films, like the backlit reenactments of a milkshake flying through the air in Thin Blue Line or the super high-speed footage of shell-casing dropping in Standard Operating Procedure. Throughout, he keeps the focus on McKinney, whose voice and presence — consistently self-exculpating, loopy, bubbly, occasionally endearing and frequently insane — dominate the movie. McKinney is a terrific interview subject, and a terrible advocate for herself. The more she explains the less sense she makes, until by the end she seems to exist in a state of complete self-delusion.

Errol Morris’ patented interview device, the Interrotron (the word is a portmanteau of “interview” and “terror”), which allows the subject to make direct eye contact with the camera, does achieve something like his stated aim of a “first person cinema.” It allows something that is surprisingly rare in documentary film: a space for individuals to speak about themselves at length, to argue their own cases, without having their words molded to a pre-set narrative or cut up into pull quotes. The results can be thrilling. They can also be devastating, because it is a method that punishes the guileless and dumb and rewards intelligent liars.

Watching Tabloid, as weird and absorbing as it is, I kept thinking of Fog of War, Morris’ film about Robert McNamara. Despite the abundant record of his war crimes and moral cowardice that it presents, McNamara owns that film; by the end he seems like a warrior monk, at once self-doubting and defiant — a victim of history, and not one of its perpetrators.

Joyce McKinney is a fool and in Tabloid she is revealed in her foolishness. And so what? This is minor Morris, fast and funny and glib. It’s fun to watch, but I hope that he hasn’t given up on the impulse that animated Standard Operating Procedure, and that in his next picture gets back to squeezing evidence in search of truth, combing through lies in pursuit of justice, and giving even the most despised Americans some time to speak their minds.