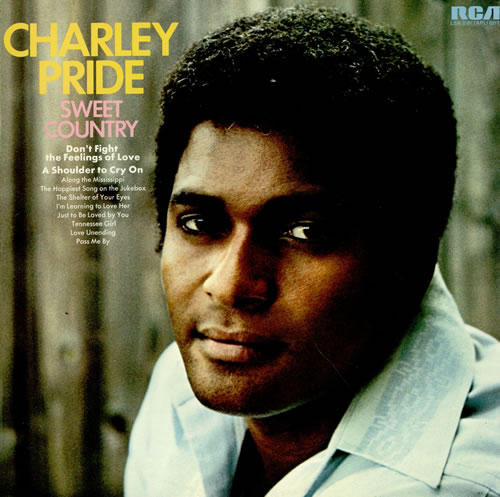 Until Hootie and the Blowfish’s Darius Rucker came along, CHARLEY PRIDE (born 1938) was a walking punchline — because he was an African American star in a traditionally white musical genre. Which is a shame, because Pride defied musical convention by returning Southern Soul to its Country roots (instead of singing R&B, as custom dictated). He has the uncanny ability to sing about love and loss with deep emotion without sexualizing the context (as in R&B); when he sings “Does My Ring Hurt Your Finger?”, his smooth voice carries a twang of melancholy as rich as Roy Orbison’s. In “Pretty House for Sale,” you feel his bewildered pain as he sings with forced cheeriness, “Well hello there, come on in — I’m expecting you, my friend / Yes, you came to see the house that is for sale / All the neighbors are so fine, they’re the friendly helpful kind.” Not everyone laughed at Pride, of course; he has fans of all kinds. In the Seventies, when he appeared on Hee Haw, The Lawrence Welk Show, and The Grand Ole Opry Show, my black grandpa was thrilled. “Golleee,” he’d say. “That Pride fella can sing!”

On his or her birthday, HiLobrow irregularly pays tribute to one of our high-, low-, no-, or hilobrow heroes. Also born this date: Wilson Pickett, Stéphane Mallarmé.