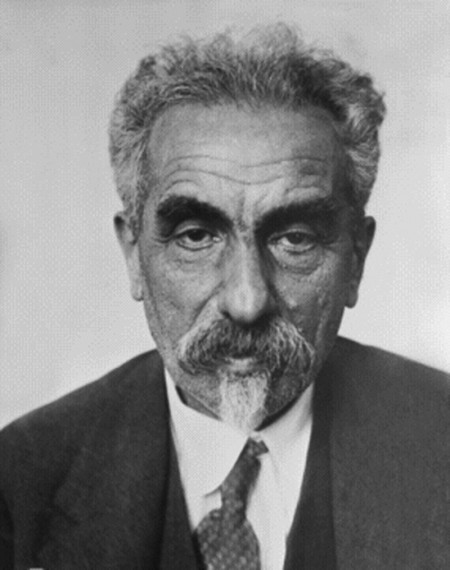 In Stalinist Russia, quantum mechanics was suspect for not being sufficiently materialist, until Stalin was persuaded that it was necessary for making the atom bomb; and in genetics, Mendelian inheritance was overthrown by Trofim Lysenko’s lunatic Lamarckism. In linguistics, the teachings of NIKOLAI MARR (1865–1934) — born to a Scottish father and a Georgian mother, who never learned each other’s languages — reigned supreme. As a linguist, Marr became obsessed with finding a way for his mother and father to speak to each other, if only in the primordial past; he wanted to end the isolation of the Caucasian languages and break the hegemony of Indo-European linguistics. First he connected Georgian to Basque. Then he found links to the Semitic languages. Dravidian, Chinese and Hottentot were next. Finally he decided that all languages descended from Georgian, and that Georgian itself derived from a protolanguage called Japhetic which in its earliest form consisted of just four words, the primal cries sal, ber, yon, and rosh.

Marr’s quest was an old one. Herodotus tells us that the Pharaoh Psammetichus became obsessed with the origin of human speech. (He took two infants and had them raised in total isolation. The first word they spoke was becos, the Phrygian word for bread, proving that the original language was Phrygian.) The delusion that one’s native tongue is the root of all speech even has a name: Goropianism, after Goropius Becanus, the 16th century humanist who proved — to his own satisfaction — that Dutch was the language spoken in Paradise. But in the Soviet Union, delusions came with a much higher price. Disagreeing with Marr could mean exile or death. In his memoirs, Aleksander Wat describes meeting one of Marr’s former disciples in a Moscow prison: “He kept repeating ‘shaa… ishaa’ … his eyes were wild, on fire … he had discovered the origin of language.”

On his or her birthday, HiLobrow irregularly pays tribute to one of our high-, low-, no-, or hilobrow heroes. Also born this date: Syd Barrett and S. Fowler Wright.