The following is the opening scene of a story I wrote that I am adapting into a feature length screenplay in collaboration with Jennifer Morris. We follow a few days in the lives of Lissy and Louis, a woman shot accidentally in crossfire, and the boy who shot her. The woman’s hospital stay is the same length as the boys’ time in police detention. The piece meditates on the chance crossings that change us forever. 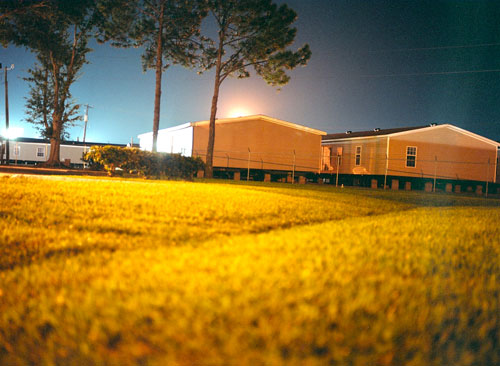 The woman in the hospital bed uses her good arm to dial a number on the phone sitting beside her. She cradles the phone between her shoulder and her right ear, while speaking into the receiver.

“This is a kind of weird message, I guess, for me to leave, but, well, I won’t be able to make our date. I got shot. I mean caught in cross fire, really. Some gang thing. I was just crossing the street. The weirdest thing about it is that I always knew I’d get caught in cross fire. I’ve thought about it for years. Only in the version in my head I would always die from the bullet wound. In this real version I only got shot in the arm. So I’ll be fine. Lost a lot of blood though and they want to keep me here for a few days. So, I won’t be able to make our date. They have me on all these painkillers so I’m sorry if I sound funny or weird or kind of rambly. The number here is 323 555 6644. I’m in room…”

“…304, if you want to call me. Otherwise, I’ll try you when I get home. Maybe you should go on our date with out me. You could take a big cardboard cut out of me and put it in the chair across from you. If you do that, let me know how it goes. Ok, that seems like enough. Bye. ”

She hangs up the phone.

She touches the eyebrow over her right eye.

She thinks to herself: eyebrows are nice, like little pets just above your eyes, soft to touch and always there. The thought swirls through her brain as she drifts off into a drug induced sleep-state.

While she is sleeping a man enters the room tentatively. He does not want to wake her up. He carries an old camera with him. He looks at her lying there. He looks at her again through the lens of the camera. He takes her picture. The noise startles her awake, she inhales sharply, remembering the bullet that ripped through her arm.

“Get in bed with me”

He climbs under the cover next to her. Drugs and pain have defeated her inhibitions. The phone beside her rings. She ignores it. It stops. She rests her head on his chest, lying on her good arm, her bad arm laying over his stomach, his breath making his belly gently rise and fall. She raises her hand to touch her eyebrow.

“Eyebrows are nice” she says.

Later he is gone and Lissy is not sure now if she is asleep or awake as the feed at the bottom of her brain mixes words with images….

no more buddies friends acquaintances pretending standing behind not as good fun to like to hang out with what it is something in between an understanding why can’t you be happy other women other countries other states other cities no problems not tired not somewhere else thinking about someone else believing in another place another time another person not wanting me to see a change of clothes a change of emotions averting your eyes avoiding my touch chatting withholding no names no real stories secrets and lies a total stranger telling all I am unable to stop myself wandering always and forever without a destination hoping for a hobo a tramp to jump train cars with trailers in new jersey nooks and crannies even when tired skin on skin lips on forehead can be if I want to be you seem like that kind of person would make a bomb know about diseases no pictures of me in wallets bed side tables in pockets in drawers stuck behind mirrors tacked to the refrigerator with magnets to look at to think about to remind to call at four in the morning just to hear my voice on the phone by the mail by telepathy by email hoping and not at the same time ten years in the ether in the air around the moon orbiting the earth orbiting the sun sleepless nightmares suddenly doors closed in between new-found modesty the mood changes mood swings mental health mentally ill millions like that always angry didn’t dry a dish won’t sit down under your feet invading your space unwanted unneeded unnecessary in your way an annoyance an inconvenience not anyone special strangers broken alarm broken promises broken bones broken down broken in broken forever irreparably damaged shattered genius inside open boxes half empty I would never do that no no no came the answer off your lips with an air of honesty so genuine so soothing so willing to believe but I don’t and I won’t I imagine trip over the next thing and the next until I get too tired of being alone of being independent of being strong I promise you I know I guarantee it happens all the time dead friends alone on motorcycles in cars at stop lights in bathrooms with needles from cancer from AIDS forced to be an adult as a baby as a teenager as an old man no one is the wiser the smarter the better but some one is more loved do you say next time next year next one next holiday next night next trip next project to leave a mark a bullet wound a scratch a scribble to let someone know that you had feelings that you had thoughts that you were attached to an umbilical cord covered in blood that you turned to dust in a box or in the wind over the water that you were a speck with your speck story like the others looking for someone to need me to want me to keep me to take care of me to let me touch them smell them breathe them absorb them find my missing pieces in their pores and in their fingerprints.

She is interrupted by the hesitant entrance of a boy at the door to her room.