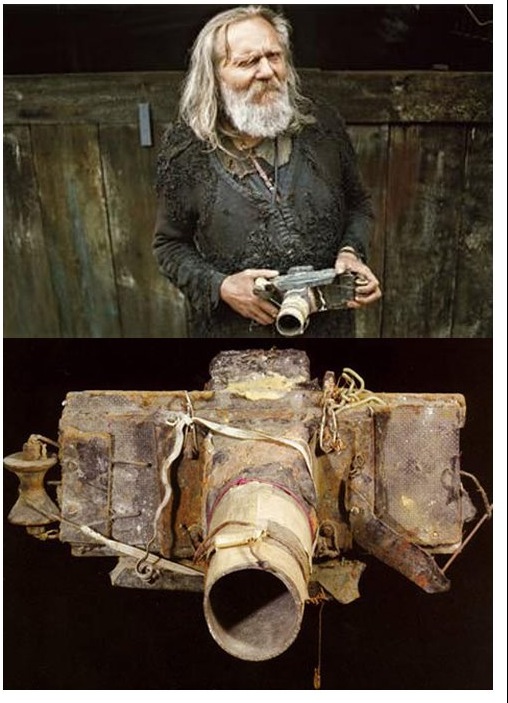 MIROSLAV TICHÝ (1926-2011) was a painter, photographer, and self-described “observer of everything.” Born in Kyjov Czechoslovakia, he studied at the Academy of Fine Arts in Prague. After the Communist takeover, Tichý disavowed the new work method requirements of art students and left the academy; he spent several years doing compulsory military service and several years in prison (on what charges, it’s not clear). In 1972, a few years after the Soviet occupation, he was evicted from his studio, his work thrown out onto the street. He then began to construct fake-looking cameras out of cardboard, bottle caps, and Plexiglas (polished with cigarette ash and toothpaste to create lenses), and spent his days shooting photos at the local swimming pool. He developed his black-and-white images in a bucket. He embraced the resulting flaws, including bromine spots and streaks; asked to explain his method, he said, “You need first of all, a bad camera!” Tichý never exhibited his work until recently. In Roman Buxbaum’s 2004 documentary, Tarzan Retired, he tosses photographs on the floor, wipes dirt off paintings with a wet rag, and rejects his then-newfound recognition and fame. “If you want to be famous, you must do something worse than anyone else in the whole world,” Tichý insists. “Something beautiful and perfect is of no interest to anyone.” 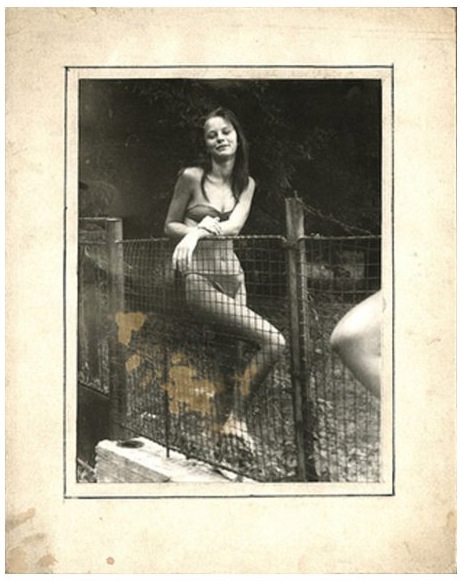 On his or her birthday, HiLobrow irregularly pays tribute to one of our high-, low-, no-, or hilobrow heroes. Also born this date: Chester Gould and Benoît Mandelbrot.