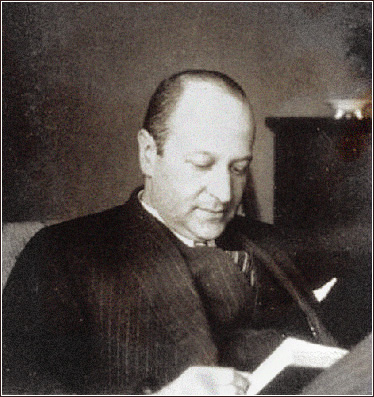 Dialectic of Enlightenment (1947), the masterwork of Frankfurt School philosopher MAX HORKHEIMER (1895-1973) and co-author T. W. Adorno, makes an ideal companion volume to F. Scott Fitzgerald’s tortured late novel, Tender Is the Night (1934; but posthumously revised 1951). Dick and Nicole Diver, glamorous anti-heroes busy doing the American dollar’s work in post-war Europe, are a study in perverse modernity. Their skittish marriage and dissolute high living, her madness, his movie-star affair and alcoholic decline, signal the emergent cultural contradictions of late capitalism. Horkheimer, Hitler-scattered to Pacific Palisades along with Adorno and a dozen other German geniuses, provides the essential theoretical analysis. He and Adorno show that, in the twentieth century, it is not the sleep of reason that produces monsters, as Goya’s famous etching suggested; reason itself, instrumentalized and deployed to a narcotized population, becomes the monster. How apt that suburban Los Angeles should prove the ideal platform for two exiled Jewish-born intellectuals to pursue the weird affinities between fascism and the culture industry, the linked mechanisms of mass culture and mass deception! Like Adorno, Horkheimer returned to Frankfurt after the war and continued collaborations with the best minds of the century, but nothing he wrote later would have the same revelatory urgency as these dense pages composed in the Weimar on the Pacific.

On his or her birthday, HiLobrow irregularly pays tribute to one of our high-, low-, no-, or hilobrow heroes. Also born this date: Jack Benny.