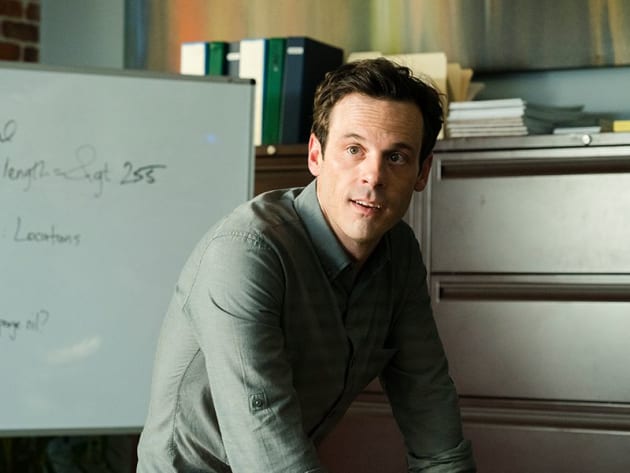 Over the course of four seasons, Halt and Catch Fire evolved from a show about computers into something far more human: an extended exploration of our innate need to connect to each other. Set during the years 1983–1995, the show offered a fictionalized account of the people at the forefront of both the personal computer revolution and the early days of the World Wide Web. Halt was initially written off as a retro-tech, Mad Men knockoff early in season one. As the show progressed and built steam though, its themes became more evident with each successive season topping the last, until finally coming to a close in a fourth season that was nothing short of sublime.

The four main characters — Cameron Howe, Donna Clark, Gordon Clark, and Joe MacMillan — came together and fell apart as both friends and business partners several times, until by the fourth and final season Gordon and Joe had reached a comfortable state of mutual respect and friendship. They were finally comfortable enough with themselves to really love each other. Donna and Cameron got there too, a little later in the season, after Gordon’s sudden death utterly knocked the wind out of the show’s characters — and completely wrecked me, too. Cam, Donna, and Joe had periods where they didn’t talk, but they almost always remained in contact with Gordon. Out of the four main characters, Gordon remained the constant. Through him, even if at times only tenuously, the group remained connected.

Watching Gordon die in the seventh episode of season four (“Who Needs a Guy”) as it aired was a monumental television viewing experience. I’d already grown to love this show over the years and thought of these characters as living, breathing human beings. Gordon’s long-term illness telegraphed the possibility of his death for a while, but nothing prepared me for how devastating it was when it happened. As Gordon crossed over, he saw moments from his past, touching but brief recollections of his ex-wife Donna and their small children. It’s as beautiful a death scene as we’re ever likely to see.

Prior to his death, Gordon spent most of the episode discussing life, the universe, and everything with Joe, as they tried to fix the heating and cooling unit in the office of Comet, the internet business they built together. It’s a moving sendoff for a character that was so clearly beloved. That final day at Comet provided the perfect closure to Gordon’s and Joe’s decade-long, often tumultuous relationship. For the show’s creators to handle Gordon’s death with such sensitivity only added weight to its impact. It was yet another sign of the deep and heartfelt respect they had for these fallible people who leveraged technology to connect with each other and the wider world, somehow, and always against great odds. To paraphrase something Joe said several times over the course of the series, technology is just the thing that gets us to the thing, and that thing is each other. Joe, Gordon, Cameron, and Donna are like us, and we are like them, all of us yearning and striving for the next hit of human connection that gives our lives meaning. Because in the end, what else is there, really?

See All Posts by Michael Campochiaro

Michael Campochiaro has written about movies, television, and popular culture for Diabolique Magazine, Grumpire, Drive-In Asylum, and more, and contributed two essays to the book Tonight, On A Very Special Episode, Volume 1: 1957-1985. His website is The Starfire Lounge.