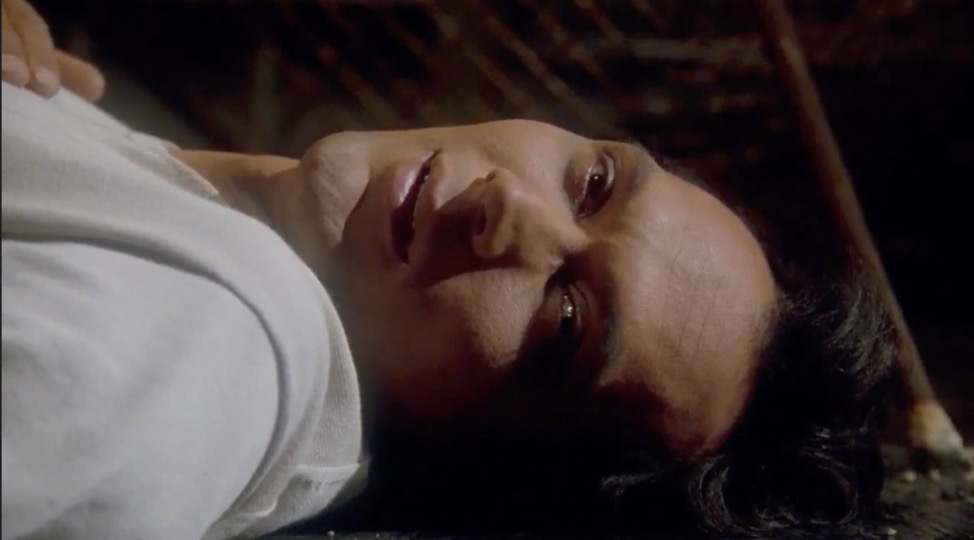 There are three times in an American life when a man is allowed to cry: the end of Old Yeller; when the fans are chanting “Rudy!” in Rudy; and, for the older folks, Gary Cooper/Lou Gehrig’s “Today, I consider myself, the luckiest man on the face of the Earth” speech from Pride of the Yankees. And then, almost 25 years ago, came the one that surpassed them all: the death of Det. Bobby Simone (Jimmy Smits) on NYPD Blue.

Smits had been brought in by series creator Stephen Bochco when the unexplainably popular David Caruso left the series early in its second season. The rumor has persisted that Smits, who had worked with Bochco before on LA Law, had agreed to take on the role only for a set period of time. The other part of the deal? He had to get a great death scene. Both men delivered.

Smits was nominated for several Emmys as the stylish, cool and wonderfully professional detective Bobby Simone. Simone was the antidote to Dennis Franz’ Andy Sipowicz, a recovering alcoholic and borderline racist. Simone was the Rolaid to Sipowicz’ bile, and they got along famously. Art also imitated life and Smits was also beloved by cast and crew. And the viewers. Always the viewers.

Simone, importantly, confronted Sipowicz about his racism, making him more human along the way.

Fast forward five years, and Smits’ contract was up. Smits was anxious to move on with his career. So Producers Bochco and David Milch decided to have the newlywed Simone slowly fade away, first from heart disease, then through a transplant, and finally from a brain infection made more virulent by suppressed immunity.

Simone died the death of a king. Blue-collar New York men (and quite a few white-collar men) got to envisage their own death as it should be: appreciations and salutations for the good he had brought to the world from all whom he had touched. All punctuated by the most unusual angel of death: a punch-drunk pug named Patsy who had taken young Bobby under his wing, protecting him and teaching him that most New York of hobbies: raising pigeons on rooftops (“I coulda been a contendah!”) But unlike Terry Malloy in On the Waterfront, Simone had made no deals with the devil. And he would be rewarded for it.

As Patsy guides Bobby’s life in a rhythmic, singsong voice delivering street poetry, he is no Clarence, and no bell will get him his wings. But he does give Bobby the death that he (and we) deserved: an everyman being exalted for the good choices he made against bad odds. Valentino may have had distraught women throwing themselves on his casket as it was lowered into the ground, but Bobby Simone got to see his unborn son as a young boy. The superficiality of life was stripped away by the great leveler of death, and he saw how much he meant to the people in his life. The luckiest man on the face of the Earth.

See All Posts by Russ Hodge

Impatient in traffic, Russ Hodge takes copious amounts of high blood pressure medicine and contemplates what might have been.