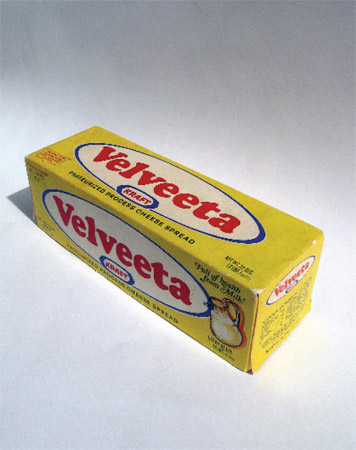 When I was sixteen or seventeen, I had a huge argument with my father. For me, that fight was a turning point in our relationship; for him, though, it was just one of a series of disagreements with his nagging daughters. I had been clearing out the clutter that had been accumulating in our home since the untimely death of my mother years before. But then I discovered that my father — a renowned professor of archeology, history, and theology at Boston College — was trash-picking those very items and bringing them back inside.

I remember holding up an empty cheese-food box and arguing passionately against the item, saying it had no purpose. But my father wouldn’t back down. He insisted that “Velveeta boxes are good boxes, well-made, and you can keep things in them.” At that moment, I realized that if I couldn’t even win the Velveeta box argument, then the arguments over the used typewriter cartridges, the orange juice container tops, and the bags of bags of bags — not to mention the rubber bands, napkins, little soaps, and twist-ties — were futile.

Flash-forward to twenty years later: I am helping my now-retired father unpack his belongings following his move to Los Angeles. I open a crate and sitting on top of its contents is a Velveeta box whose purchase-by date reads “1982.” My father had used it to store cord. Twenty years and three thousand miles: He won.

See All Posts by Becky Neiman

Becky Neiman is an independent writer, director, producer and editor.