A LIGHT AT THE END 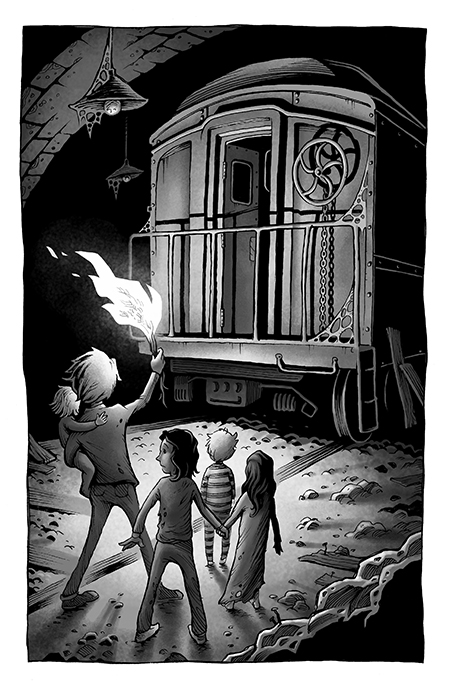 The hulking mass of the train car towered over them. It appeared to be entirely windowless, save for a single, small rectangular window set into the door facing them. The entire thing was covered in thick steel plates as if it were sheathed in an armored skin. Henry smiled.